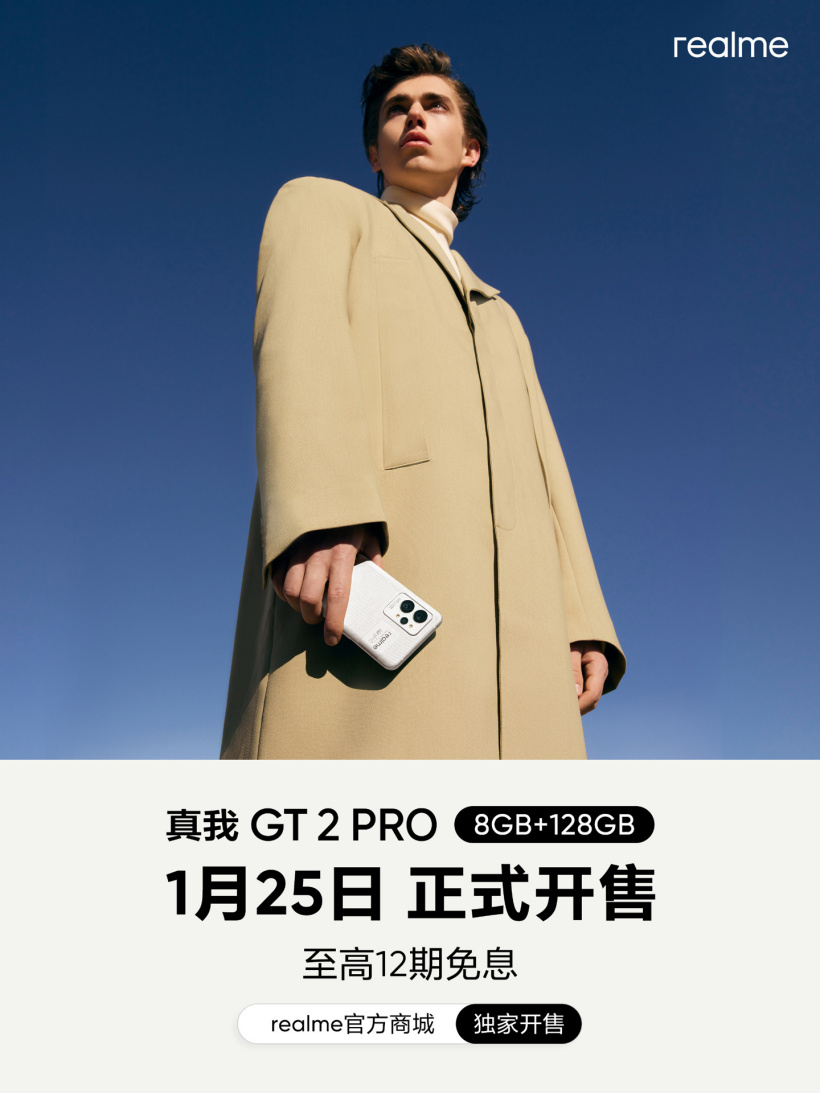 In China, sales of a new version of the flagship smartphone Realme GT2 Pro have started. Now this is the most basic version of the smartphone, as it has 8 GB of RAM and 128 GB of flash memory (before that, the GT2 Pro was presented in 6/256, 12/256 and 12/512 GB variants). The price is the same as the Xiaomi 12 with the same amount of memory – $580, but the Realme GT2 Pro has a higher resolution screen. In fact, due to the new configuration, Realme GT2 Pro has become the most affordable Snapdragon 8 Gen 1 smartphone with a screen resolution of 3216 x 1440 pixels.

The screen size of the smartphone is 6.7 inches. The configuration of the device also includes a triple camera with two sensors with a resolution of 50 megapixels and a microscope module, as well as a 5000 mAh battery with support for 65 W fast charging. The operating system is Android 12 with Realme UI 3.0 interface.