50 kg and 3 meters: footprints of a giant arthropod found 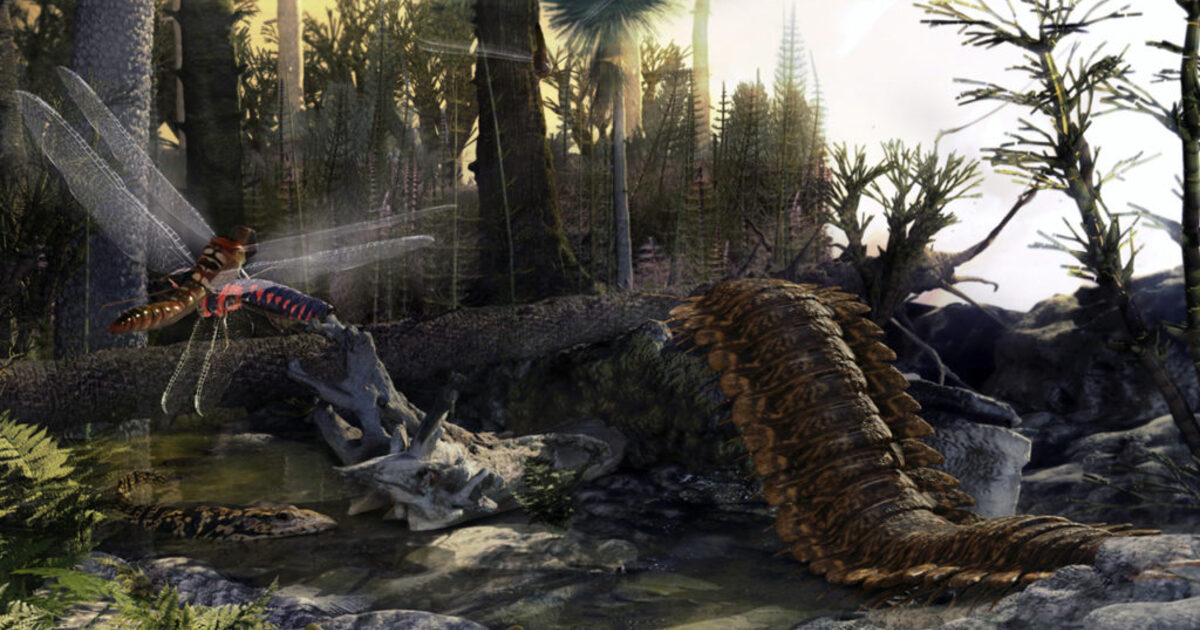 The specimen was found on a Northumberland beach about 40 miles north of Newcastle. It was discovered in 2018 when a block of sandstone fell from a cliff onto a beach, exposing the fossil as it shattered.

As a rule, fossils of this genus are not preserved intact, because their segments tend to split after death. However, the specimen they found consisted of several articulated segments of the exoskeleton, which resembles modern centipedes.

“Fossil finds of giant centipedes are rare because their bodies are usually dismembered after death, so most likely the fossil is a faded shell that the animal shed as it grew. “– explained Neil Davis, one of the authors of the find.

With a segment length of 75 centimeters, a living creature would be about 2.63 meters in length and weigh about 50 kilograms. The find dates back to the Carboniferous period about 326 million years ago, which was before the era of the dinosaurs, the university noted.