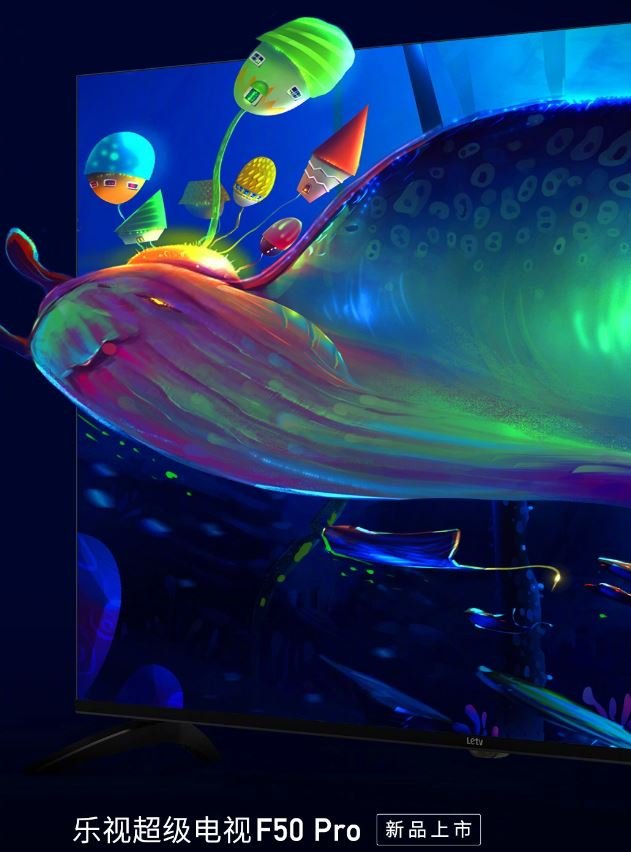 In China, an inexpensive 50-inch TV LeTV Super TV F50 Pro went on sale. There is no increased frame rate, but the resolution is 4K, and there are three HDMI 2.0 ports at once.

The body of the TV is metal, and the display covers 92% of the DCI-P3 color space. The audio system is represented by two speakers with a power of 8 W each. The hardware platform is based on a SoC with a quad-core Arm Cortex-A55 CPU with a frequency of 1.9 GHz and an ARM Mali-G31 MP2 GPU. The volumes of operational and built-in flash memory are 2 and 16 GB, respectively. The software basis of the device is EUI 8.0 based on Android.

In addition to three HDMI ports, the TV is equipped with two USB 2.0. There is a built-in Wi-Fi adapter and an RJ-45 network connector.

The secret behind the low price of the LeTV Super TV F50 Pro lies in the display of advertisements when turned on. In the settings, the user can specify the type of advertising: a static image or a video.