5 tips for creating a budget to support your financial goals 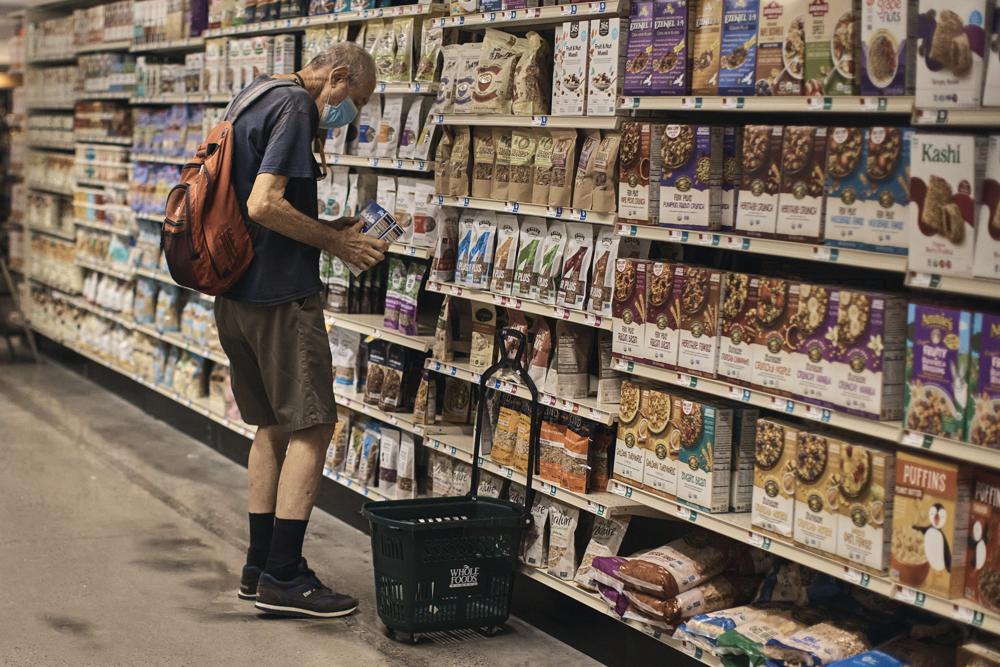 NEW YORK (AP) — Whether you want to pay off debt, start a rainy day fund or save for a family trip, budgeting is the first step toward reaching your financial goals.

Creating a budget is much like trying to eat better or exercise more — everyone tells you it’s good for you, but it’s hard to get into the habit, said Colleen McCreary, consumer financial advocate at Credit Karma.

“A lot of people think it’s over-complicated and a hard thing to do,” McCreary said. “Much like going to the gym, the hardest part is showing up, so you just have to decide that you’re going to try it out.”

Here are five important steps when you’re ready to create a budget:

Writing down all of your expenses is key, said Elena Pelayo, educator at How Money Works, a financial literacy organization.

She suggests recording every penny that you spend rather than trying to approximate, which can lead to errors.

Pelayo recommends using whatever method fits you best, whether that’s writing it down on paper, creating an Excel spreadsheet or using a website.

Next, she recommends categorizing where your income should be spent. Always start off with covering your basic needs.

A well-known budgeting system is the 50/30/20 rule, where 50% of your income is allocated for necessities like food and rent, 30% for things you want, and 20% for savings and debt repayment.

Wiltrice Rogers of Allen Park, Michigan, has used this system for more than 30 years.

“It helped me to see how beneficial it is, and that we have more discretionary funds when I follow this method,” said Rogers, an intake coordinator for a nonprofit organization.

Websites such as NerdWallet or Money Fit offer 50/30/20 calculators to help.

This method works for many people, but it might not be right for you if necessities eat up more than 50 percent, in which case you’ll need to allocate less for savings or things you want to do or buy.

Writing down your after-tax salary and then adding your expenses in a notebook or a blank spreadsheet might be enough to make a plan. But if you need help visualizing what’s coming in and going out, there are resources available.

“There are lots of online templates that’ll help you look at spending categories and expense categories for personal finance. And they’re really helpful,” Pelayo said.

The Federal Trade Commission offers a budget template in a PDF format that can be printed, and Microsoft offers Excel templates for special occasions such as saving for a wedding or home construction. If you prefer apps, Mint, PocketGuard, and EveryDollar are among Bankrate’s top five budgeting apps.

If 50/30/20 isn’t realistic for you, there are still ways to save and tackle debt. Start setting aside small quantities of money every month or set small goals, such as choosing a restaurant where you won’t spend more than $40, McCreary said.

“Small steps lead to progress,” she said. “It’s really about progress, not perfection.”

McCreary recommends starting with one goal each week, whether that’s saving a certain amount or reducing the amount you spend on non-necessities.

“Don’t overcomplicate it, don’t make it too hard for yourself,” she said.

Rogers, for example, usually tries to save as much money as possible when buying groceries.

“I get the sales papers and mark what we need and if it’s on sale. I try to do a triangle of the stores to save time and gas” she said. She also buys in bulk, sticks to her grocery list, and goes shopping by herself to avoid her son and husband convincing her to buy extra items.

Websites such as Flipp, which shows digital flyers from major retailers around you, and Groupon, where you can find coupons for products and services, can make it easier to save money. But keep in mind that this only works when you use coupons for items that you really need or were planning to buy anyway.

To achieve your financial goals through a budget, you have to change your mindset, Pelayo said.

“You have to look deep inside yourself and say, am I willing to change my habits?” she said.

Once you are mentally ready, you can start setting goals.

Building new habits can be hard, and it’s even more daunting to think about having to maintain them for the rest of your life.

McCreary recommends that your first goal can be two weeks of keeping a budget. After achieving that, you can set a longer timeline, such as 30 days or six months, until it is embedded in your routine.

If you’re still struggling, McCreary recommends that you gamify your budget and turn it into a challenge.

“Maybe there’s an outcome involved. Like ‘Hey, if we save enough money, we can get a new TV or go on vacation,’” she said.

Examples of gamification include giving yourself a small reward after a certain amount of time or money that you have saved.

Apps such as Mint, which rewards the number of times you check your budget, and Acorns, which allows users to invest with their spare change, can help. Yotta and Save to Win allow users to create saving bank accounts that rewards them for the amount that they save.

For accountant Tiffona Stewart, gamifying her savings meant using the envelope system, where you put cash in envelopes for specific expenses.

“This is tailored to your life and what you want to save for, so that’s what I like about it,” Stewart said.

Stewart also started a business selling envelopes and budget binders on Etsy as a way to encourage and promote financial literacy. She sells “one month challenge” packages meant to help save $1,000 in cash.

“You play those games and you make these things your own. You’re trying something new, there’s nothing wrong and right, you might get it wrong one month and then get better the next one,” she said.

5. INVOLVE YOUR FAMILY OR FRIENDS

As with any lifestyle change, having people around you to support your decisions and encourage healthy habits is crucial, McCreary said. That could include talking with your significant other about your finances, telling your friends that you will start budgeting, or explaining to your children how the family is now spending money.

Rogers’ 11-year-old son now knows that if there is not a coupon for the item, they don’t get it.

In Stewart’s case, using cash when going out with friends helped. If you only take $100 out with you to the bar and don’t bring your credit card, and you want to pay for another round but you only have $20 left, you simply can’t spend any more, she said.

“You need everybody who’s involved in those decisions, to commit with you to be supportive of it,” McCreary said. News Source – AP