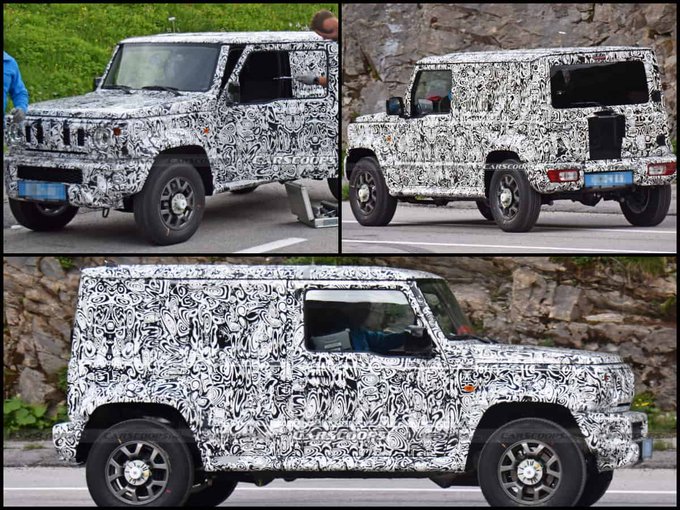 This SUV will take off the madness of Mahindra Thar! Testing pictures leaked

5 Door Suzuki Jimny: The 5-door version of the new Suzuki Jimny off-road SUV has recently been spied testing in Europe.

This is 5-door version of the new Suzuki Jimny, caught during test in Europe.

Who do want it to come in India? pic.twitter.com/OtBJZVrkhn

However, the prototype was missing a tailgate mounted spare wheel, which will be available in the production version. As per the reports, the 5-door Jimny could get a 2550 mm longer wheelbase and it could get 3850 mm in length. Its overall width and height could be the same as the 3-door version. The ladder-frame architecture will be extended to create more legroom for the rear seat occupants. It can also get more boot space.

Spy shots suggest that the new 5-door Jimny will get a new and larger touchscreen infotainment system, which could be similar to the new Brezza. The instrument cluster seems to have been borrowed from the 3-door version. The Maruti Jimny in India is likely to be offered with the Brezza’s 1.5L K15C petrol engine equipped with mild hybrid technology. This setup can generate 103bhp top power and 137Nm peak torque.

Transmission options could include a 5-speed manual and a 6-speed torque converter automatic. According to reports, Maruti Suzuki may bring the 5-door Jimny to India next year and the company is currently deciding its launch timeline, specifications and price. It can be showcased at the 2023 Auto Expo to be held in the second week of January. If it comes to India, then it will compete directly with Mahindra Thar.