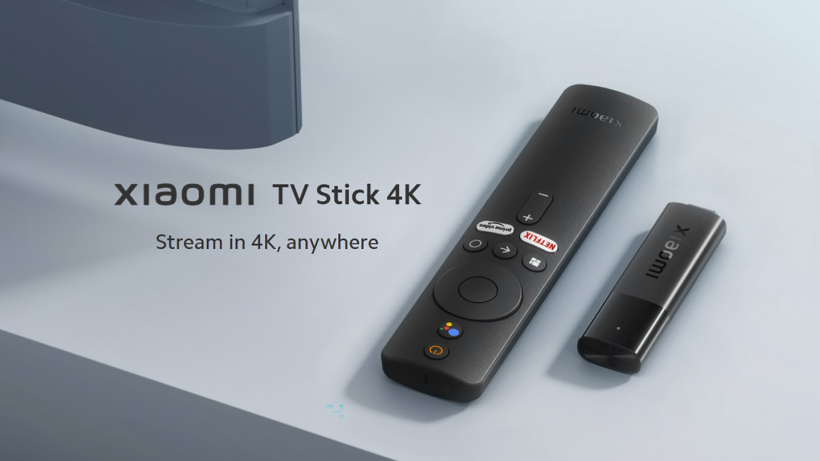 Xiaomi has finally officially unveiled the new generation Mi TV Stick, which has been rumored for a long time. The key difference between the new product and its predecessor is reflected in the name: Mi TV Stick 4K displays a 4K resolution picture on the TV screen, and with a frame rate of up to 60 fps.

The format of the set-top box remains the same, the dimensions and weight are 106.8 x 29.4 x 15.4 mm and 42.8 g, respectively. On one side of the case there is an HDMI connector, on the other – a microUSB port for connecting a power source.

The hardware platform of Mi TV Stick 4K is based on SoC Amlogic S905Y4 with a quad-core processor and GPU Arm Mali-G31 MP2. The amount of RAM is 2 GB, the built-in flash memory is 8 GB. There is a dual-band Wi-Fi adapter and a Bluetooth 5.0 module. Declared support for DTS HD, Dolby Atmos, Dolby Vision, hardware decoding AV1 / VP9, ​​H.265, AVS2. The OS is Android TV 11.

The Mi TV Stick 4K comes with a remote control with shortcut keys for Netflix and Amazon Prime, as well as Google’s smart assistant. The cost of the new item has not been announced, but it will probably be at the level of its predecessor, that is, it will be $ 55.