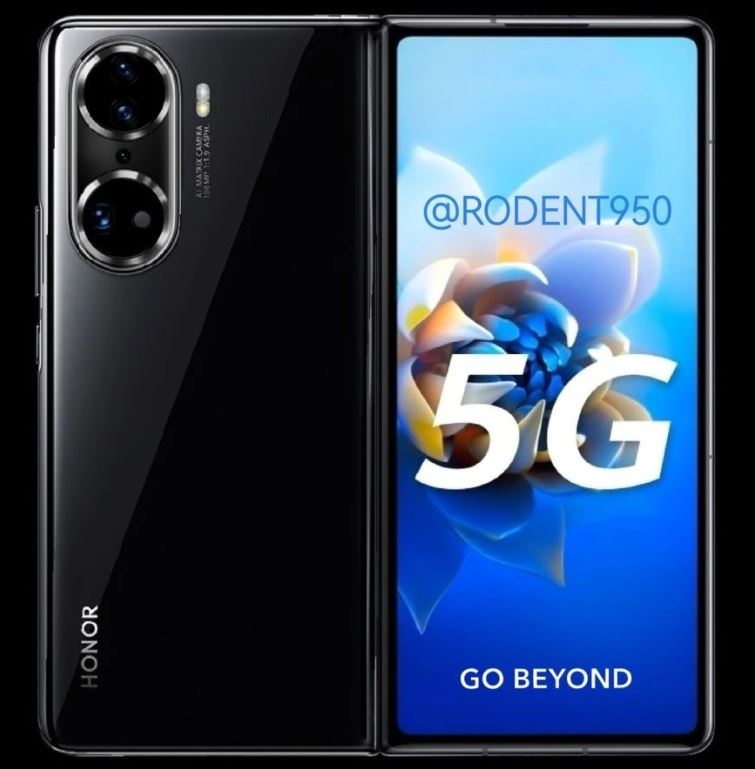 Rumors have long credited Honor with launching a smartphone with a large flexible screen like the Huawei Mate X2. According to the most optimistic forecasts, such a model should have been officially registered in the Honor catalog by the end of this year. However, apparently, this is no longer destined to come true – there are too few days left. However, the big foldable Honor is indeed on its way. The novelty is now expected in the first quarter of next year, and we already have both the render and the specs of the device.

As you can see, the smartphone received an external screen in almost the entire half of the case, as well as a two-story multi-module camera in the spirit of the Honor 50 camera. In general, the concept is the same as that of the Samsung Galaxy Z Fold3.

According to preliminary data, Honor Magic Fold will receive an internal 8-inch screen with a resolution of 2200 x 2480 pixels, a top-end platform (probably Qualcomm), 8 GB of RAM and 256 GB of flash memory, a 108 MP sensor in the main camera, a 16-megapixel front camera, 4500 mAh battery and pre-installed Android 11.

A render of Honor Magic Fold was published by an insider known on Twitter under the nickname Rodent950, he specializes in leaks about unreleased Huawei smartphones. Earlier, Rodent950 noted a number of truthful data about smartphones of the P40 and Mate 40 series even before their premiere, and was also the first to publish examples of photos taken with the Huawei P50 camera.