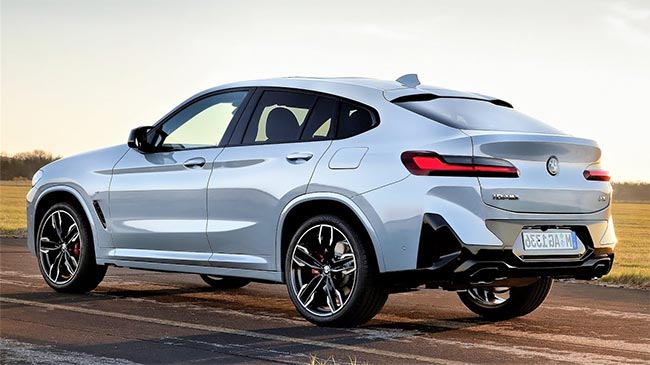 BMW has started booking the facelift X4 . This luxury SUV coupe can be launched in March. The company will also introduce its new Black Shadow Edition, which will be sold only in limited units.

The facelift X4 will get updates like new LED headlights, sporty bumpers and connected kidney grille which are also given on the facelift X3 . The X4 gets a sloping roofline which makes it different and more practical than the X3.

The cabin of the X4 and the X3 also has a lot in common. The X4 Coupe will get the same features as the X3 with steering wheel, digital driver display and optional 12.3 touchscreen infotainment system.

Apart from this, features like tri-zone climate control, standard 10.25-inch touchscreen, optional head-up display and powered front seat with memory function will also be provided. BMW can also offer features like electronically controlled damper, 16 speaker Harman Kardon sound system and optional ambient lighting in this car. For the safety of the passenger, it can also be given features like six airbags, electronic stability control, 360-degree camera and front and rear parking sensors.

The facelift X4 will be offered with petrol and diesel engines from the old model. It will get three engine options: 252PS 1.2L petrol, 190PS 2.0L diesel and 265PS 3.0L diesel. All engines will be mated to an 8-speed automatic gearbox that will supply power to all wheels.

Prices for the facelifted BMW X4 may start at Rs.68 lakh (ex-showroom). This SUV coupe will be compared to the Porsche Macan and Mercedes-Benz GLC Coupe .