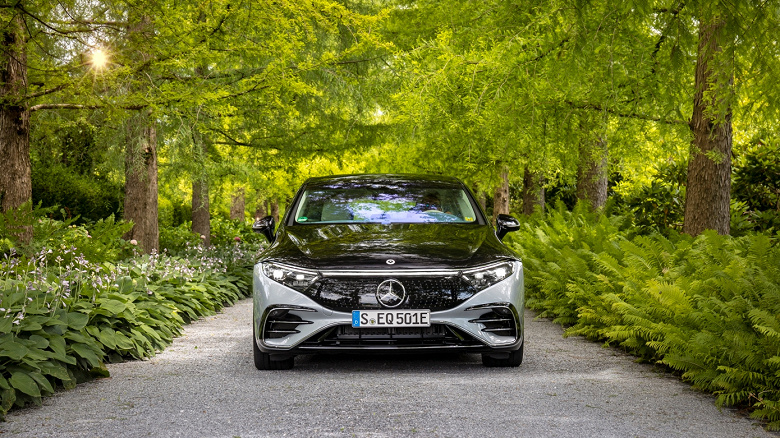 Everyone is accustomed to the fact that electric versions of conventional cars are faster, cheaper and more reliable, but traditional engines have not yet given up completely. Proof of this is the dynamic comparison of two Mercedes-Benz luxury sedans: the electric EQS ​​450+ and the petrol S500 4MATIC.

The cars were chosen, apparently, according to the relative equality of prices: for the EQS 450+ in the UK, where they arranged the races, they ask for £ 100,000, the S500 4MATIC is £ 10,000 more expensive. The electric sedan is rear-wheel drive, its power plant produces 330 hp, the petrol version is all-wheel drive, its power is 435 hp. But more importantly, the traction battery with a capacity of just over 100 kWh made the EQS 450+ very heavy: it weighs 2.5 tons versus 2.065 tons for the S500 4MATIC with a 3.0 liter engine. By and large, it was the difference in weight that predetermined the outcomes of the races.

EQS 450+ loses when starting from a standstill. However, it does not lose much – about 1 second at a distance of a quarter of a mile. And the electric sedan takes longer to stop. But on the move, the EQS 450+ accelerates faster – all the power of its power plant is available immediately, unlike a car with an internal combustion engine.

In general, tests show that it is too early to write off traditional cars, but the future is definitely with electric vehicles, which are cheaper to operate, easier to maintain and greener. Most importantly, electric vehicles are becoming more affordable for consumers.