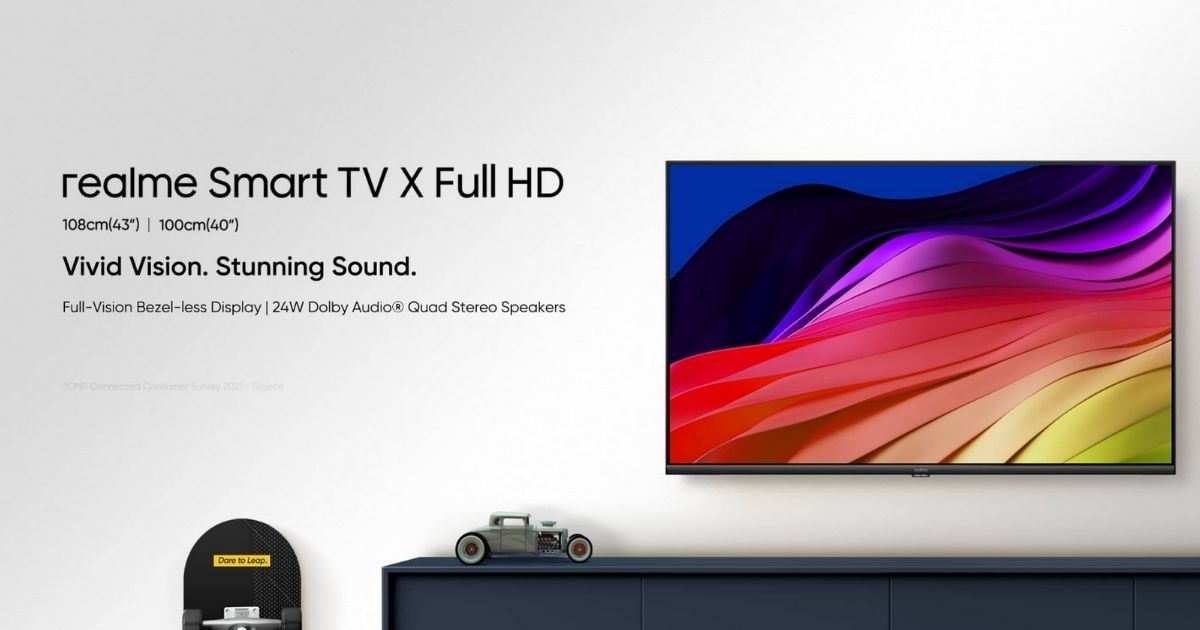 At the disposal of the source, there were details about inexpensive Realme Smart TV X Full HD TVs. The new products will debut at the big Realme event on April 29, and they will have to compete with the new Xiaomi Mi TV 5A TVs, which will premiere a few days earlier.

The series will include two models with screens of 40 and 43 inches. As the name suggests, the resolution in both cases is Full HD. New items will receive IPS matrices with support for HDR10 and thin bezels measuring 5.76 mm. The sound subsystem will include four loudspeakers with a total power of 24 W, support for Dolby Audio technology is also announced.

The hardware platform of the TVs will be SoC MediaTek with a CPU represented by four Arm Cortex-A55 cores and an Arm Mali-G31 MP2 GPU. The amount of RAM will be 1 GB, flash memory – 8 GB. It is expected that the cost of new products will be in the range of 325-390 dollars.