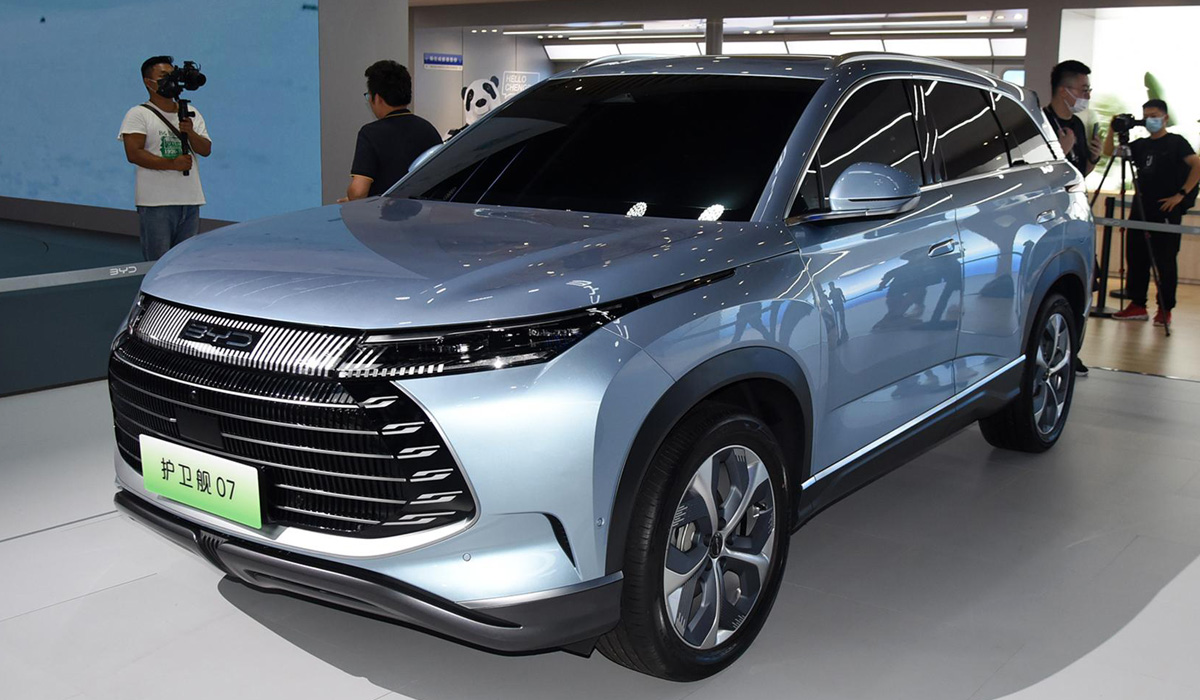 Chinese automaker BYD is preparing to launch a new hybrid crossover Frigate 07, which was announced back in the spring, but its full specifications have only become known now.

Crossover BYD Frigate 07 is similar in size to the Kia Sorento and Hyundai Santa Fe and is equipped with 19-inch wheels in the basic version. Its length is 4820 mm, width – 1920 mm, and height – 1750 mm. The novelty is equipped with a DM-i (Dual Mode intelligent) hybrid power plant, the total power of which in the basic configuration of the DM-i with front-wheel drive is 336 hp. The all-wheel drive version of the DM-p has a power of 401 hp.

Claimed mileage per charge of the Blade’s lithium iron phosphate battery is claimed to be 200 km. The maximum speed is limited to 180 km / h, and the acceleration time to “hundreds” of the all-wheel drive version is 4.7 s.

Serial production of BYD Frigate 07 crossovers began at the end of October, and the car should appear on the Chinese market in December this year. It is reported that the price of the new BYD Frigate 07 will be from 30 to 38 thousand dollars.