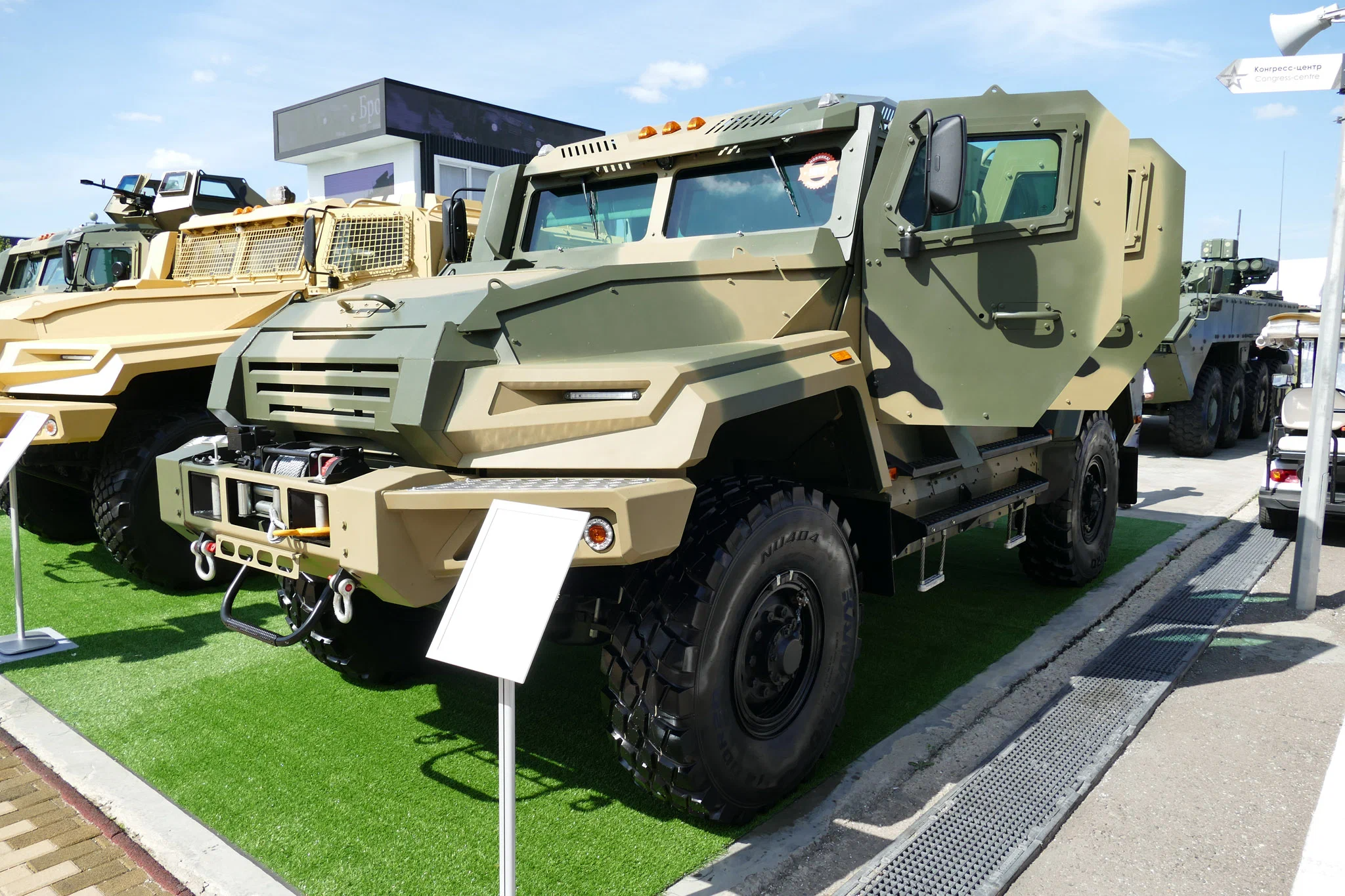 According to TASS, the updated VPK-Ural armored car with additional protection was modernized taking into account the experience of using light wheeled vehicles in armed conflicts, including in Syria.

“Russian special forces have begun to successfully use the latest multi-purpose armored vehicle AMN-590951 VPK-Ural in the special operation zone, which is equipped with additional protection for the engine compartment and the machine gunner’s workplace on the roof,” the agency’s interlocutor said.

The shooter on the roof of the vehicle is now less likely to suffer from bullets and shrapnel while performing a combat mission. The presence of windows made of armored glass provides the possibility of a fairly good view and timely detection of the enemy.

Armored multi-purpose vehicle AMN-590951 “VPK-Ural” has a four-by-four wheel arrangement. It was developed on the basis of the commercial chassis of the Ural car using components created during the initiative development.

“VPK-Ural” is equipped with a YaMZ-536 diesel engine with a capacity of 360 hp. and is capable of accelerating to 100 km / h, it has enhanced mine protection. In the event of a landmine explosion weighing six kilograms, the machine reliably protects the people inside.

Gross weight is 14.5 tons, capacity – up to nine soldiers. The power reserve is 1 thousand km.