343 Industries has released a new post-launch roadmap for Halo Infinite, detailing a slew of delays. 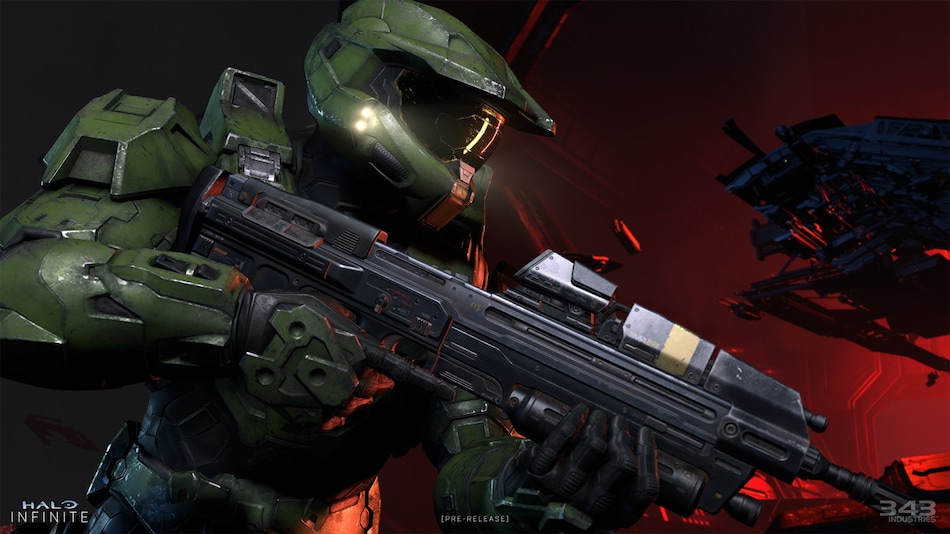 Halo Infinite campaign co-op content has been delayed. In a developer update, 343 Industries announced a series of content delays to their latest Halo installment. The much-requested co-op campaign had previously aimed for an August launch, but will now arrive on November 8th. It will be released alongside the Forge open beta, originally scheduled for this month. Additionally, the studio has pushed back Halo Infinite Multiplayer Season 3 content to March, while scrapping the promised split-screen co-op feature entirely.

Campaign co-op, a staple of previous Halo games, was not available when Halo Infinite was released. 343 Industries had promised the update at a later date while they focused on perfecting the multiplayer aspect and other minor issues with the game. Campaign co-op received a public beta testing event in July, but it lacked key matchmaking features. Players who do not have friends added will not be matched with random players online and it is recommended to find someone yourself. 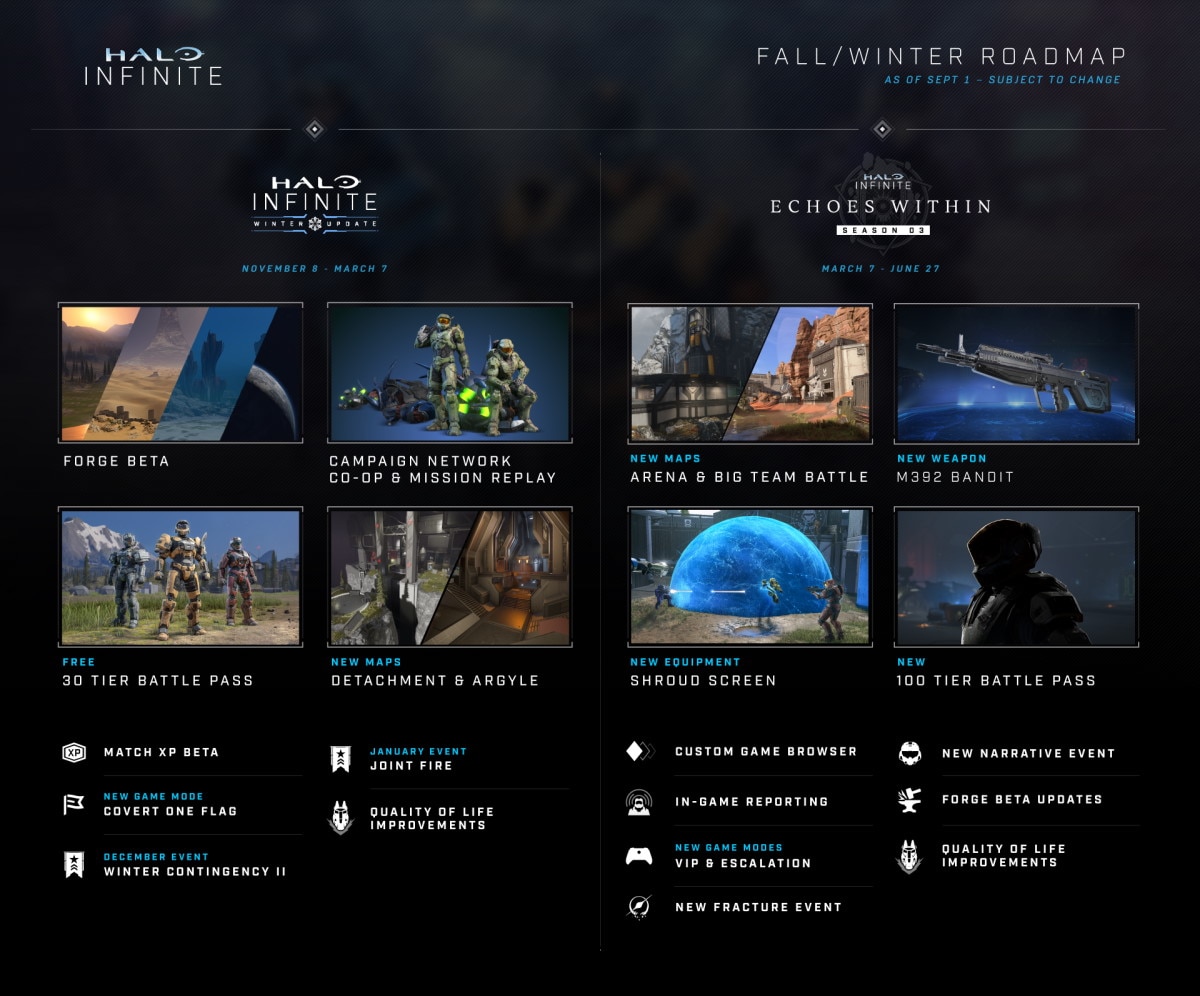 The winter update also sees the long-awaited Forge mode beta, which was previously pushed back six months for a June release. The coveted Forge mode would allow players to create and edit their own maps, weapons and gear and share them with members of the community. Details on the features are still sparse, but according to 343 contributor Tahir Hasandjekic, Forge mode will “change the game forever”.

In addition to the above modes, the Halo Infinite Winter update adds new multiplayer maps: Detachment and Argyle, along with a free 30-tier Battle Pass that grants a variety of cosmetics and XP boost items.

The multiplayer event of the third season starts on March 7th. Titled Echoes Within, the update brings new Arena and Big Team Battle (12v12) maps, as well as an M392 Bandit gun and a 100-tier Battle Pass – the latter is paid; no price information yet. Halo Infinite Season 3 also introduces the Shroud Screen, a new gear that acts as an immovable, dome-shaped shield, serving as protection for your team. What’s new here is that the shield is completely opaque when viewed from the outside, urging enemies to be more strategic.

As for the legendary split-screen co-op, it won’t find its way into Halo Infinite again. Back in July, 343 Industries released an hour-long preview video showing the campaign’s co-op mode and mission replay system.