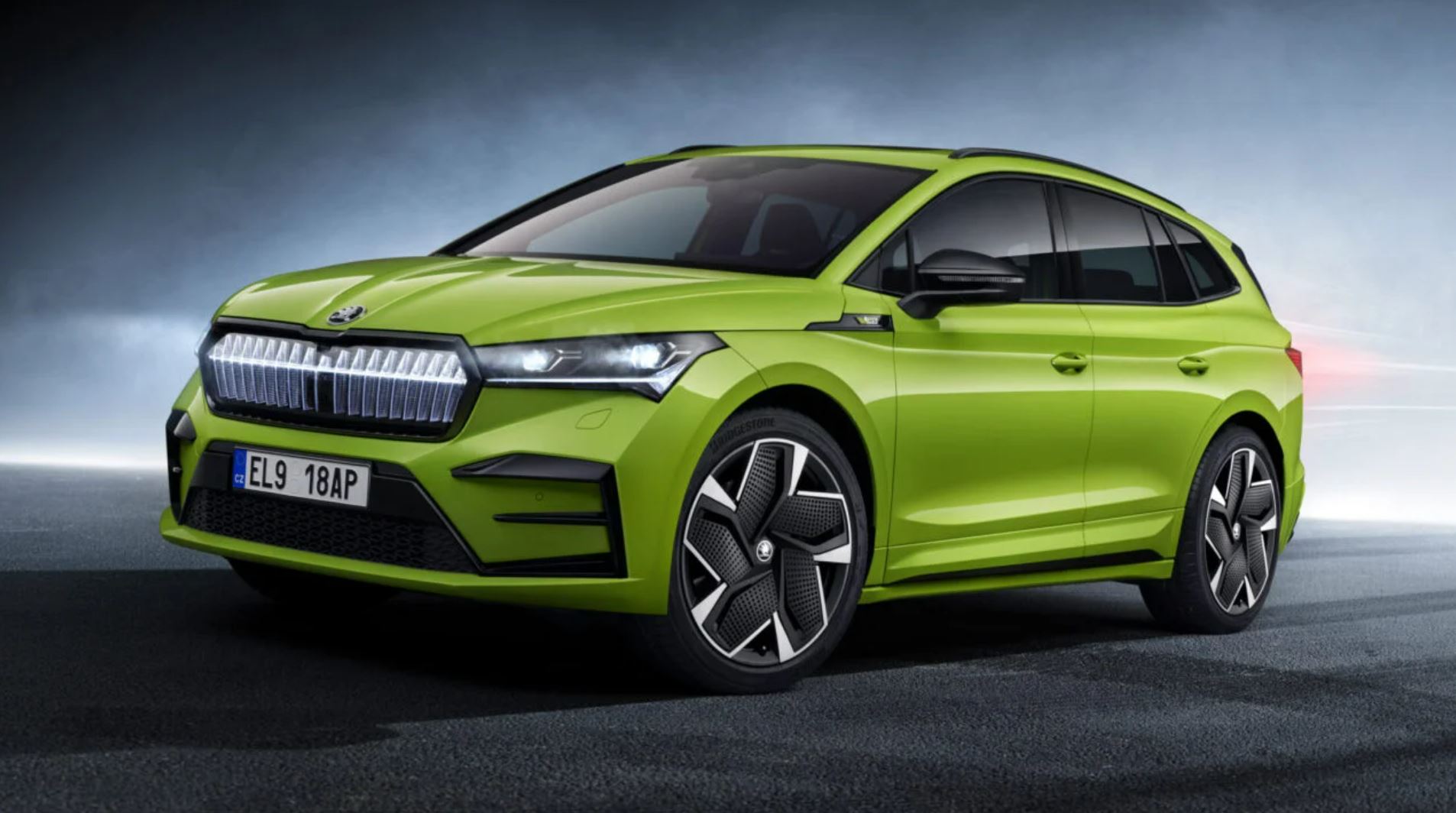 Another powerful electric car has appeared in the Skoda lineup – Enyaq RS iV. The top version of the Enyaq electric crossover, as in the case of the Enyaq Coupe RS iV, received two electric motors with a total power of 300 hp. and an all-wheel drive system. The WLTP cycle range is more than 500 km.

The new Enyaq RS iV accelerates from 0 to 100 km/h in just 6.5 seconds and reaches a top speed of 180 km/h – 20 km/h faster than other Enyaq iV versions. The car is powered by an 82 kWh traction battery and supports fast charging, allowing it to charge from 10% to 80% in just 36 minutes.

The new Enyaq RS iV has no fundamental differences in appearance compared to the regular version, and Skoda designers emphasized the sportier look with black contrasting inserts with a glossy finish.

There were no major changes in the interior either. The interior design, which can accommodate up to five passengers, is dominated by black. For a surcharge, you can order a black panoramic roof with a sunroof. Already in the base, the car has full LED lighting and three-zone climate control, as well as advanced active and passive safety systems.