30 hours on a single charge, transparent mode, dual-device connectivity and a personalized user interface. These will be Realme Buds Air 3 headphones 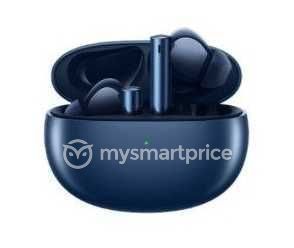 It’s been about a year since Realme launched its Realme Buds Air 2 true wireless earbuds on the market. The company is now ready to launch a successor. Realme Buds Air 3 is expected to be launched in India very soon, but the exact launch date has not been confirmed.

Along with this, some key features and specifications of the upcoming TWS earbuds have been leaked online. In terms of design, they will be similar to the Buds Air 2. For active noise cancellation, the headphones will have a three-mic array that will also support transparency mode. The headphone charging case will also be significantly reduced in size.

It is also claimed that users will have to pass application-based testing, which will create a customized user experience. Users will also be able to further customize the interface according to their preferences.

Dual gadget connectivity will be implemented, which, as the name suggests, allows users to connect the product to two different devices at the same time and allows users to switch between these devices with a simple tap.

Along with the low latency gaming mode, Realme Buds Air 3 will also support Bass Boost+ mode. It will also have an in-ear detection feature that can pause audio playback when the user takes the earbuds out.

The earbuds will offer around 30 hours of use with the charging case and Active Noise Cancellation turned off. The USB-C port will be used for charging. As for the price, it will probably be around $50.