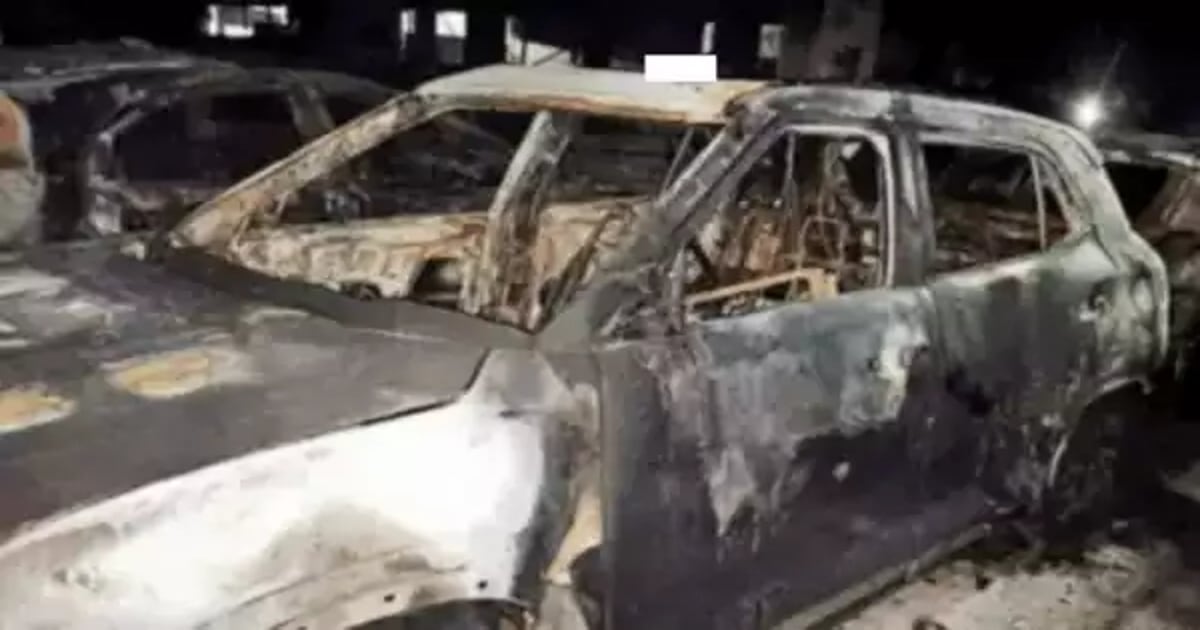 In Delhi, 21 cars caught fire simultaneously because of a 23-year-old youth. The case pertains to a multi-level parking lot located in the country’s capital Delhi, where a youth tried to set fire to only one vehicle, but because of that, 20 other cars parked in the parking lot caught fire. The fire was later doused, but all the vehicles were completely destroyed.

A fire broke out at a three-storey multi-level car parking located in West Delhi’s Subhash Nagar on Monday morning. 21 vehicles due to fire in the basement burnt to ashes Done The fire incident took place at 4 am. TOI’s accordingAs soon as the incident was reported, 6 fire engines reached the spot and at 6:10 am fire control found.

The cause of the fire was a youth who, according to the police, had come to the parking lot to take revenge on a person. It has been told that this person’s relationship was with the young man’s cousin. Police examined the CCTV footage and found that the youth had set the tires of the Maruti Suzuki Ertiga on fire with a lighter. Within minutes, 20 other cars parked around the car also caught fire.

Some of these cars were so burnt that only their chassis was left. This shows that at present the vehicles Ignite How easy it has become. Apart from the fuel tank, there are many factors behind it, such as plastic, foam, wiring harness and upholstery etc., which can very easily can catch fire Huh.