2023 WagonR: WagonR 2023 is very spectacular in look, got many hi-tech features; Know how much will be the price WagonR 2023 Facelift Version: Recently its new model, 2023 Suzuki WagonR Facelift has been launched in Japan. Not only has the design been changed in the new model, but an attempt has also been made to give it a sporty look. Apart from this, many hi-tech features have also been added to it.

Suzuki WagonR New Facelift Version Launch in Japan: WagonR, a car from Maruti Suzuki whose popularity has remained in India for the last several years and it remains one of the best-selling cars in the Indian market. Due to the low budget and good features, the demand for this model of the company is also good in other countries. This is the reason why the company is focusing more on it. Recently its new model, 2023 Suzuki WagonR facelift has been launched in Japan. Not only has the design been changed in the new model, but an attempt has also been made to give it a sporty look. Apart from this, many hi-tech features have also been added to it. Its this model is quite different from the current model in India. In such a situation, the people of India are also eagerly waiting for this. Let us know what is special in this new facelift version of WagonR. This time too, the company has continued its original design i.e. boxy look. However, some additional changes have been made to the tailgate along with the grille in the 2023 WagonR. If we talk about the interior, then not many changes have been made in the new version. It is similar to the current model. Piano black and faux-wood variants have been used to change the look and feel of the cabin. All-black interiors have been given in its custom Jade and Stingray variants. You will also see some changes in the infotainment screen. In this you will get a screen like Baleno and Brezza, whose size will be 9 inches. You will get features like HUD, ADAS, 360-degree parking in the new version.

How many variants of 2023 WagonR

The WagonR facelift has been launched in the market in three different variants WagonR, WagonR Custom Z and Stingray. The Stingray gets a brand new LED projector headlamp setup, which gives it a more futuristic stance. The taillamps have also been placed much lower than the standard version, giving it an MPV-like design. 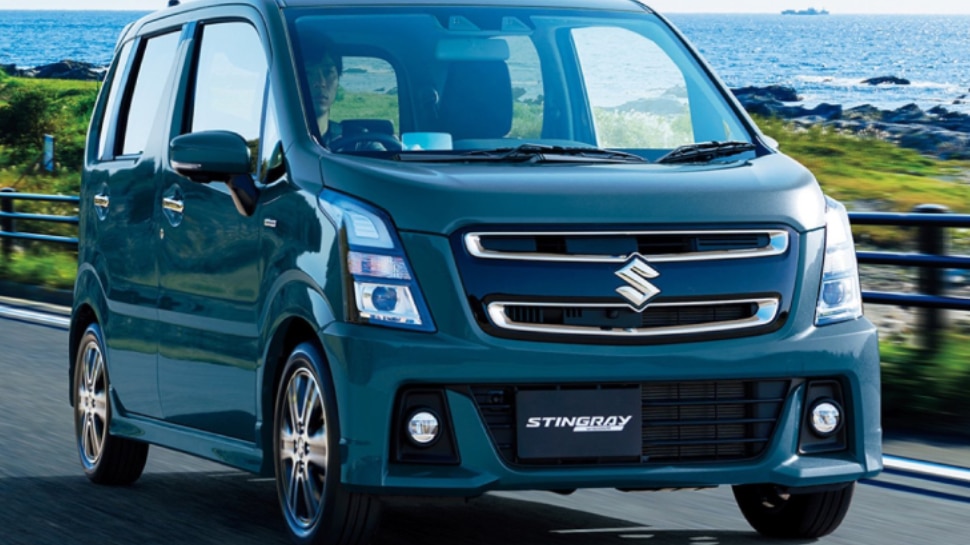 How will the engine of the new model be

The new version is powered by the Japan-spec WagonR 660cc motor that is available in both NA petrol and mild-hybrid configurations. The turbo version of this engine is given in Stingray and Custom Jade. Transmission options include 5-speed MT and CVT. The new version is available in both 2WD and 4WD variants. The company claims that the mild-hybrid powertrain coupled with the CVT gearbox can deliver a mileage of 25.2 kmpl.

Launching possible in the Indian market by next year

2023 WagonR can be launched in India by the end of next year. However, it is being said that many changes will be made in the upcoming model in India. Now people are waiting for its launch.