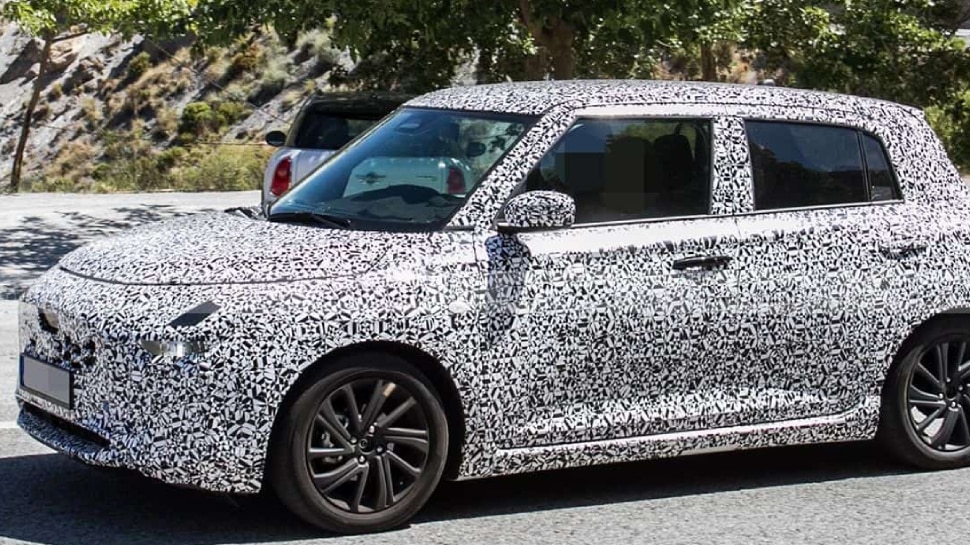 Next-Gen Maruti Suzuki Swift Testing: One of the best-selling cars of the automaker Maruti Suzuki is the Swift, which is being updated. The new generation Maruti Suzuki Swift can be launched next year. According to the reports, the world premiere of the new model of the hatchback may happen in late 2022. It can debut in India at the 2023 Auto Expo, after which its market launch will take place. The company has started testing the new 2023 Maruti Swift (Suzuki Swift) in Japan and its first spy pictures have also surfaced.

The vehicle that has been spied testing was covered so that the design changes were not exposed. However, it got a redesigned front grille and sleek headlamps with new LED elements. Its front bumper has also been updated. It gets new C-shaped air splitters with fog lamp clusters. The hatchback gets new body panels with redesigned large alloy wheels in dual-tone finish. Some other design highlights include blacked-out pillars, large wheel arches with faux air vents and a roof-mounted spoiler.

The new 2023 Maruti Swift can be designed on the modified Heartect platform. Details about the interiors of the new-gen model of the hatchback have not been revealed yet. However, it is likely to get many new features while retaining the existing cabin layout. Its dashboard can also be revised. It is being speculated that the new Maruti Swift 2023 will come with mild hybrid technology. Currently, the model lineup is available with the 1.2L K12N DualJet petrol engine, which generates 89bhp and 113Nm.

It comes with both manual and AMT gearboxes. The company may also offer a CNG version of the Swift. Globally, the Suzuki Swift Sport comes with the 1.4L Boosterjet turbo petrol engine that generates 128bhp power and 230Nm of torque.