2023 Honda Civic Type R will be like this, pictures surfaced; Seeing the heart will tremble! 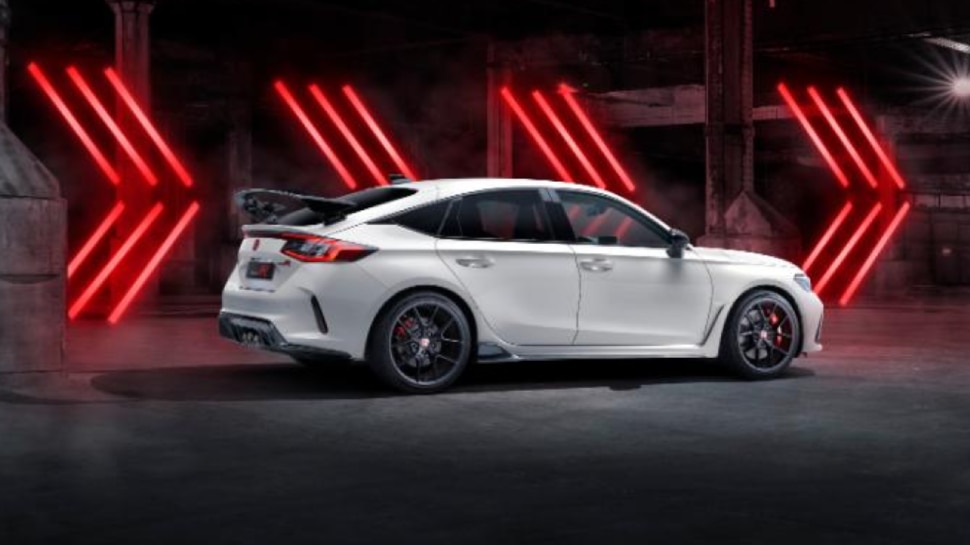 Honda Civic: Honda has finally unveiled the new Civic Type R to mark the completion of 50 years of the Civic nameplate. However, it is not for India.

The new Honda Civic Type R is based on the recently introduced Civic e:HEV. It has been made lower and wider to give a sportier look to the new sporty model. It gets flared wheel arches and lightweight 19-inch matte black alloy wheels, which are mated to bespoke Michelin Pilot Sport 4S tyres. It gets a large grille at the bottom which has been designed to increase the airflow in the engine. The bonnet has a vent to further improve the airflow around the front end.

Large aperture vents behind the front wheels and a large rear diffuser further enhance the aerodynamics of the Civic Type R. The new Honda Civic Type R is offered in several color options including Historic Championship White, Solid Rally Red, Racing Blue, Crystal Black and Sonic Gray Pearl. The cabin of the new Type R is similar to that of the Civic e:HEV. However, it gets a new 10.2-inch touchscreen infotainment system, digital cockpit and sports seats.

Honda hasn’t revealed the specifications of the new Civic Type R, but has confirmed that it will get a 2.0-litre turbocharged engine. It is being claimed to be the most powerful Civic ever.