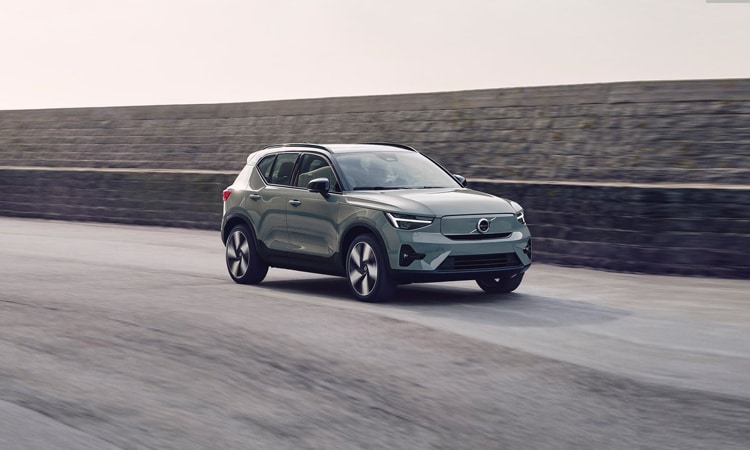 Volvo on Tuesday launched its first electric car XC40 Recharge EV in India. The good news for Indian buyers is that the electric version of the XC40 SUV will be assembled in India, so that the company can keep its price low. The electric car will be capable of delivering a certified range of 335 km on a single charge and has a top speed of 180 km.

The price of Volvo XC40 Recharge in India is Rs 55.9 lakh (ex-showroom). The company has started booking the electric car and the customer can buy it from the company’s official website. Website You can also book through online. The electric SUV will be available in five color options. The company has confirmed that the deliveries of the Volvo XC40 Recharge will start from October 2022. Volvo is also offering an 8-year warranty on the battery pack, which is one of the most expensive parts of an electric vehicle.

The Volvo XC40 Recharge claims a long range of 418 km on a single charge. Although its certified range is 335 km. The company has given a 78kWh lithium-ion battery pack in this car. The new Volvo XC40 Recharge is equipped with front wheel drive equipped with a single PMS motor, which is capable of generating a maximum power of 408 hp and peak torque of 660 Nm. Thanks to this, the XC40 Recharge can reach a top speed of 180 kmph. This electric car, which also supports DC fast charging up to 150 kW, gets 10 to 80 percent charge in less than 35 minutes, according to the company’s claim.

In terms of technology and infotainment, the XC40 Recharge gets a 12.3-inch fully digital driver display and a 9.0-inch entertainment touchscreen display in Volvo’s signature vertical alignment. The infotainment system has been developed in collaboration with Google. The electric SUV gets wireless charging, a 360-degree camera, a panoramic sunroof, automatic climate control and 100% leather free upholstery.