2022 Tata Nexon Electric spotted during testing, range may be higher than before 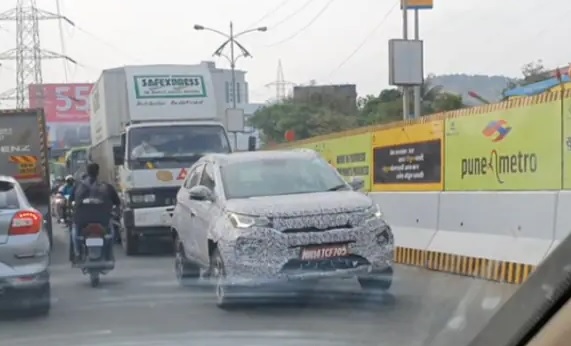 The updated model of Tata Nexon Electric has been seen during testing. This car appears to be completely covered. Testing pictures indicate that its updated version will be coming soon. This electric SUV car was launched in 2020 and since then it has become the company’s best selling mass-market electric car.

If you look at the pictures captured in the camera, except the new alloy wheels, its look does not look any different from the current model. Its front and rear profiles remain the same. New color options have also been included in this.

In 2021, it was revealed through a document of Delhi RTO that the powerful version of Nexon EV has got permission for sale. According to the document, its power was said to be 136 PS, which is 7 PS more than the current model. Apart from this, other reports have also indicated that this electric car may have a bigger battery pack.

Presently, the Nexon Electric is powered by a 30.2 kWh battery pack, through which the vehicle covers a range of 312 km. At the same time, its larger battery pack can be capable of giving more range than this.

It is expected that hardly any changes will be seen in its cabin. It will continue to get the same features as the current model: 7-inch touchscreen infotainment system, automatic AC, electric sunroof, automatic projector headlamps and wipers, dual front airbags and rear parking camera.

The 2022 Nexon EV can be priced higher than the current model. Currently, the Nexon Electric price ranges between Rs 14.24 Lakh to Rs 16.85 Lakh (ex-showroom Delhi). Nexon EV does not compete with any car in the segment, but soon Mahindra is going to launch its XUV300 electric against it. Apart from this , electric SUV cars like Hyundai Kona Electric and MG ZS EV are also present in the Indian market , but their prices are much higher than this.