2022 Skoda Kodiaq is completely sold out for this year, know why customers are very much liked 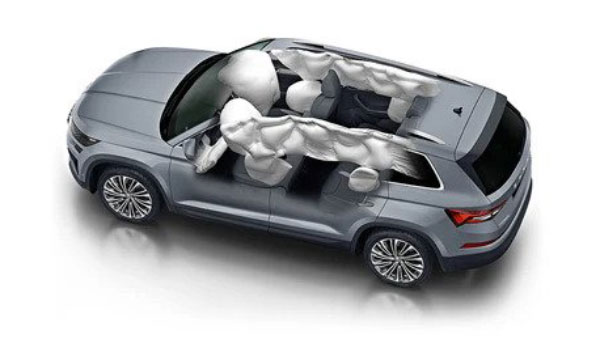 According to the information, Skoda has sold 1,200 units of the new Kodiaq SUV. The second generation Skoda Kodiaq was launched in India at a price of Rs 34.99 lakh (ex-showroom). It is being brought to India as a Completely Built Unit (CBU). The new Kodiaq is already being sold in the global markets.

In the new generation, this 7-seater SUV now comes with an upgraded engine apart from other design and technical updates. Skoda had discontinued the Kodiaq model two years ago after the implementation of BS6 norms. However, now the company has introduced the new model in BS-6 engine.

The new Skoda Kodiaq is powered by a 2.0-litre TSI BS6 petrol engine. This is the same engine that powers other Skoda cars like the Octavia and Superb. This engine provides maximum power of 190 bhp and torque of 320 Newton meter. The engine is mated to a 7-speed DSG automatic transmission. Skoda claims that the new Kodiaq can accelerate to 100 kmph in just 7.8 seconds.

Apart from the new engine, many other changes have also been made in the 2022 Skoda Kodiaq. As far as the design is concerned, the Kodiaq facelift comes with a redesigned hexagonal grille with chrome surrounds, which is surrounded by crystalline LED headlights. It also gets dual-tone alloy wheels, roof rails and new wraparound LED taillights.

In the Indian market, the 2022 Skoda Kodiaq SUV is going to compete with SUV cars like Volkswagen Tiguan, Hyundai Tucson and Citroen C5 Aircross. The company recently revealed that it will launch six new models in India this year. At the same time, the company has prepared a plan to sell 70,000 units in India this year.

The company is also targeting to sell 2,500 units of the Kushak SUV per month. At the same time, the target is to expand to 225 dealerships this year. Skoda had launched the new Kushak SUV, new Octavia and new Superb under the India 2.0 project last year, whose sales were excellent last year.