2022 MG ZS EV will be launched in India on March 7, know what updates will be available 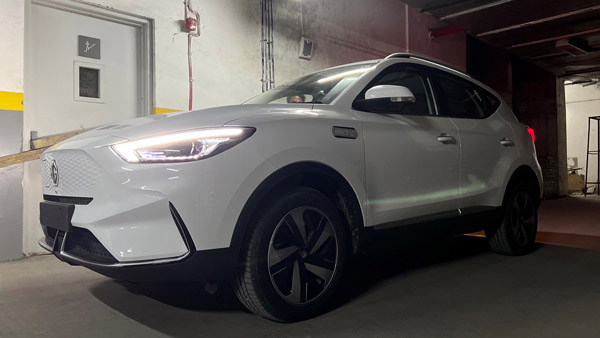 The front part of the MG ZS EV facelift gets LED headlight, LED DRLs, new front bumper, new body colours, simple grille at the front where the charging port has been placed. At the rear, LED tail light and rear bumper have been given, its profile has not been changed much but it has been given 17-inch alloy wheels. Electric badge has been given in its front fender.

Talking about its interior, its dashboard will be kept the same but many equipment will be added to it. Most of these features will be borrowed from the MG Aster. It will get a 10.1-inch touchscreen infotainment system, which will replace the current 8-inch unit. In this, the new Fox carbon fiber trim will be given around the touchscreen in the top variant.

It will have ADAS function and 360-degree camera, which is placed below the MG logo. It will have a 7-inch digital instrument cluster. Along with this, a big battery will be given in it, it comes with a battery of 51kWh. Currently, this electric car comes with a range of 419 km but the range of the new model has not been announced.

The 2022 MG ZS EV is to be brought in four color options which include Red, White, Black and Grey. In this, where red and white have already been kept, blue has been removed and silver and gray have to be brought in its place. However, the company can also bring the Blue color option at the time of launch.

MG ZS EV is to be brought soon with new updates, the company is going to bring it with many great updates. It was introduced recently but its production model is yet to be glimpsed.