Talking about the 2022 Maruti Suzuki Grand Vitara, it is offered with two engine options. The first is a 1.5-litre mild hybrid system that develops 100 Bhp of power and 135 Nm of peak torque with the help of a 5-speed manual or AT. On the other hand, there is a 1.5-litre strong hybrid engine that is mated to an e-CVT like the Toyota Hyder. This engine provides the power of 114 bhp. The company has also claimed a mileage of 27.97 kmpl, which is highest in its class, and also the most fuel-efficient SUV in India.

The Grand Vitara is a co-developed product of Maruti Suzuki and Toyota. Toyota is also going to launch its Urban Cruiser Hyryder SUV soon. The car will come out as a rebadged version of the Grand Vitara, as both share the same features with the same engine and transmission options.

Of the two, the rider will be launched in India first, followed by the Grand Vitara. Both will take on other B-segment SUVs like Hyundai Creta and Kia Seltos in India. As far as the price is concerned, while the mild-hybrid trims of the Grand Vitara are expected to be priced between Rs 10 lakh and Rs 14 lakh, the full-hybrid variant could be priced in the range of Rs 16-17 lakh, ex-showroom. Is.

Maruti Suzuki has improved its safety standards with the recently launched 2022 Brezza. In terms of safety, Maruti has given six airbags, hill hold and hill descent control, tire pressure monitoring system, vehicle stability control, surround view monitor, reverse parking camera, ABS and many more features in the Grand Vitara. As of now, the company has not sent the Grand Vitara for the Global NCAP crash test. 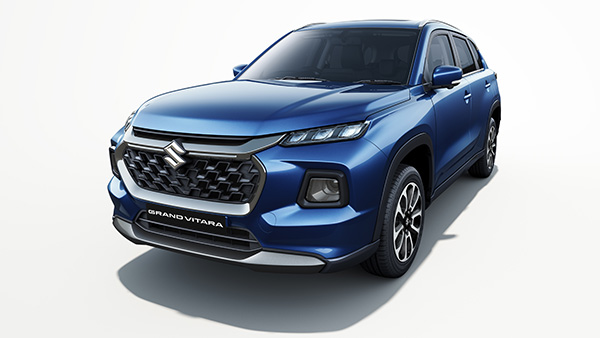