2022 Maruti Suzuki Baleno deliveries begin, know what is the price and features 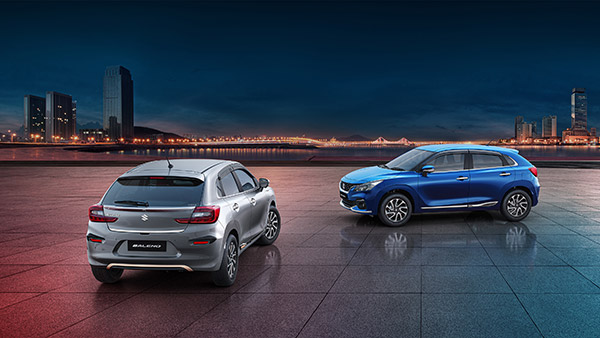 Now the latest information about the new Maruti Suzuki Baleno is coming out. It is being told that Maruti Suzuki dealerships have started the delivery of this car. Let us tell you that Maruti Suzuki started its booking on 8th February and since then its 25,000 units have been booked so far.

Talking about its design, its grille has been kept bigger at the front and its headlights are thinner than before, which gives it a bold look. Its bumper has also been given a new design. A new split LED tail light unit has been installed at the rear.

To further enhance its look, newly designed alloy wheels have been given. Due to which this premium hatchback looks even more attractive. A new dashboard has been given in its cabin. A floating infotainment screen has been used in its dashboard.

You also get a new steering wheel with steering mounted controls and a cruise control system. Along with this, 360-degree camera has also been given. The Maruti Baleno Facelift gets a massive 9-inch SmartPlay Pro+ touchscreen infotainment system.

The climate control knob has been redesigned and the steering wheel has been borrowed from the Dzire. Along with this, it also gets heads up display, 6 airbags, Arkmis sound system, wireless phone charger, automatic climate control, cruise control, keyless entry, push button start, auto LED headlight.

For safety, electronic stability control, rear parking sensors, ISOFIX child seat amount have been given. No changes have been made to the engine of the new Maruti Baleno Facelift. It is powered by a 1.2-litre petrol engine that produces 83bhp and 113Nm of peak torque.

A 5-speed manual and AMT gearbox has been used with this engine. At the same time, it also gets a second 1.2 liter dual jet petrol engine, which provides maximum power of 90 bhp. Its CVT is to be replaced by an AMT.

The Maruti Baleno Facelift is now going to deliver a mileage of 22.35 kmpl with manual and 22.94 kmpl with AMT as against 23.87 kmpl with manual. It should be noted that the manual mileage has come down by 1.5 kmpl, while the CVT has been discontinued which used to give a mileage of 19.56 kmpl.