2022 Maruti Ciaz gets four new color options, see what it looks like 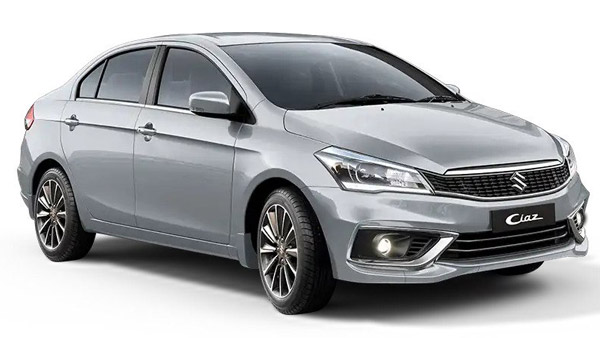 Apart from the new four colours, currently three more color options have been made available in Pearl Arctic White, Midnight Black and Prime Dignity Brown. Apart from this, no other changes have been made. Its new 1.5 K15B petrol engine churns out 104 Bhp of power and 138 Nm of torque. This engine is mated to a 5 speed manual and 4 speed automatic gearbox.

Maruti Suzuki Ciaz has been brought with a new bold design which includes a better grille, chrome has been used in it. Updated LED projector headlamps and DRLs have now been installed on both sides of the front grille. Maruti Suzuki has also updated the front bumper with new fog lamps. Large air intakes have been given in the bumpers and chrome has been used around the fog lamps.

No changes have been made to the side and rear of the Maruti Suzuki Ciaz. The Ciaz gets 16-inch alloy wheels and updated LED tail lights at the rear. The rear bumper has also been updated and chrome has been used on both the sides. The cabin has been shortened in the interior of the Maruti Suzuki Ciaz. A 4.2-inch TFT screen and faux wood have been used in the instrument cluster of this car, which gives it a premium feel.

The decline has also come specifically because of the microchip shortage, which has hit the industry. Maruti Suzuki’s total sales last month includes domestic sales of 1,32,461 units, 3,981 units sold to other OEMs and 17,937 units exported.

The company has made this luxurious Ciaz available in a new color option and it looks very attractive in them. Now it has to be seen how much customers like this color.