2022 Maruti Baleno will be made available in 11 variants, know what features will be available 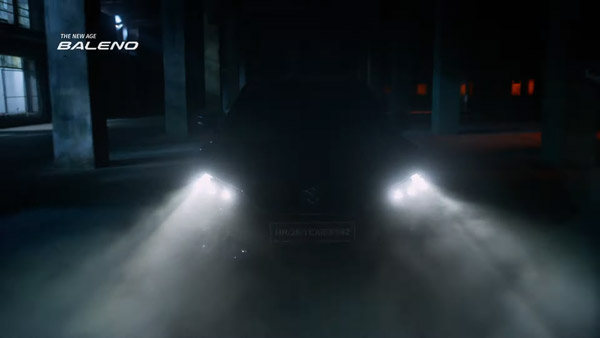 Let us tell you that the optional variants have been added for the first time in Baleno and the rest were already present. The booking for 2022 Maruti Baleno has been started and it can be booked by paying Rs 11,000. The company has started sending it to dealerships and its delivery can be started soon after the launch. The company is going to bring it with many changes.

Maruti will not change the engine of the new Baleno. Currently, Maruti Baleno is made available in one engine option in India. The first is a 1.2-litre engine that churns out 83 Bhp of power and 113 Nm of peak torque. This engine comes with 5 speed manual and AMT gearbox. The 2022 Baleno gets new body panels which are made from better steel.

The front part has been given a completely new design, it has been given mesh grille, along with the headlight and LED DRLs have been given with the rear design. Talking about the side part, the design has been kept the same, although new alloy wheels can be seen in it. Along with making it attractive, the company is going to bring with many attractive features and equipment.

A new dashboard is to be given in its cabin. A floating infotainment screen has been used in its dashboard. You also get a new steering wheel with steering mounted controls and a cruise control system. Along with this, a 360-degree camera has also been given, it has been mentioned in a recently released teaser.

The Baleno facelift gets a massive 9-inch SmartPlay Pro+ touchscreen infotainment system. According to the information, this system has been developed jointly with Toyota and it is equipped with features like wireless Android Auto and Apple CarPlay. Along with this, 6 airbags are also to be given in terms of safety, apart from this, EBD, electronic stability control etc. can also be given with ABS.

Along with this, electronic stability control, ABS with EBD, immobilizer, rear parking sensor and camera, high speed warning will be given. As of last December, Maruti Suzuki has sold over one million units since the launch of its premium hatchback Maruti Baleno. This premium car from Maruti, sold from the Nexa showroom, was launched in October 2015.

The 2022 Maruti Baleno is being eagerly awaited and the company is continuously releasing its teaser. It remains to be seen how much its price is increased after the new update.

​Apple iPhone 13 Mini 128GB Discount, will be tempting to see the deal

Stylish Smartwatch to make Dil Mastane, will last up to 45 days on full charge; Know the price and strong features

Best Smartwatch: Cheap Cool! The best to give as a gift to others are ‘Ya’ abandoned smartwatch, low price; Features are awesome

Truke launches F1 earbuds, you can buy them for just Rs 899

Booking of Kia’s first electric car Kia EV6 starts in 12 cities of India, 100 units will be sold this year

Check out leaked 3D images of Hyundai Venue facelift ahead of launch, know look and features

iVOOMi S1 electric scooter test ride will start from May 28, know what is the price

Beggar gifted his wife a moped worth Rs 90,000, love is being discussed all around

The fall in LIC’s stock did not stop, the stock dipped till the level of Rs 801 on Thursday

Going to buy AC? So first understand the difference between Inverter vs Non Inverter AC

Big changes await us: Counter-Strike, Overwatch and World of Tanks games are officially recognized as sports in Russia

Theater-like pleasure will be available at home, this great projector is available in 6 thousand

Daikin 1.5 Ton Inverter AC is getting a discount of 17 thousand, keep this in mind before buying