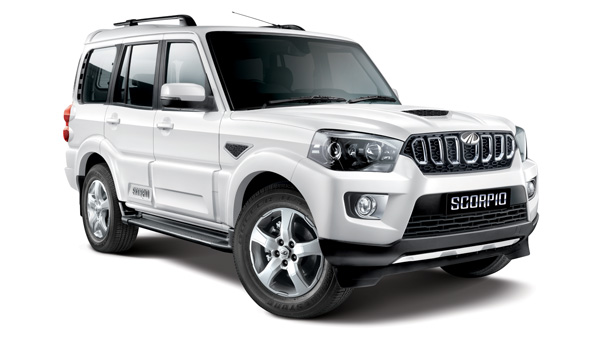 This SUV is to be built on a ladder frame chassis. Its sunroof was seen a while back, 2022 Mahindra Scorpio to get a bigger sunroof .

Its interior will be completely new and some new features will be added to it. The new Scorpio will get a large touchscreen infotainment system with Apple CarPlay and Android Auto. The company can provide Blue Sense connectivity technology in it, so that the features of the car can be controlled through the app. Also many segment first features can be seen.

Talking about the new design, a new grille has been installed in it, which is horizontal and five vertical slates have been given in between. Along with this, headlight units have been given on both the sides, which is divided into two parts, the fog light has been kept in the lower part. The registration plate has been placed next to it, while the vehicle has also been given to tow.

Lines can be seen on its bonnet which gives it a strong look from the front. Large alloy wheels are seen in its side part, which seems adequate for the size of this SUV. Its side steps can be kept bigger than before, which helps the passengers to get up and down. Tailgate in the rear and door handle on the side to open it. LED tail light can be seen in it.

These engines can be tuned differently in the Scorpio, it can be different for the top and low variants. Along with this, some variants of the Scorpio can be given the option of all-wheel drive, as well as an off-road drive mode which can be changed through a button. Also, the option of 6-speed manual and 6-speed automatic gearbox can be given in the engine.

It will be given a 2.2 liter turbocharged diesel engine and 2.0 liter petrol engine. Keeping in mind the safety, the new Scorpio Advanced Driver Assistance System is to be given. Seating information is not yet available, but according to the response to the captain seat variant, in such a situation, the option of captain seat can also be given in this SUV, it is to be brought to the XUV700 soon.

The sales of this SUV of the company are going on normal and its price has been increased by Rs 53,000 in the month of January. However, till now the company has not given any update about its new generation model. Currently, the company is emerging from chip shortage and in such a situation, bringing a new model can be a very risky move, due to which the company is avoiding announcing it.