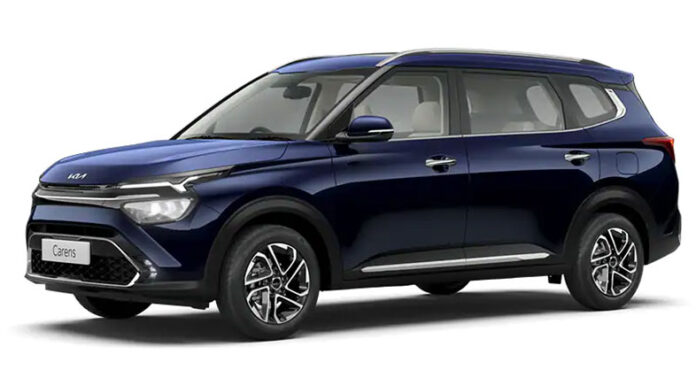 Talking about the entry level variant HTE of Sonnet, then tire pressure monitoring system and side airbag have been added to it. The company has now given TPMS and 4 airbags as standard in all the variants, in this variant, semi leather seat with white stitching and folding knob in the rear seat has been given. No changes have been made in the HTK trim but the HTK+ gets electronic stability control.

Along with this, Vehicle Stability Control, Hill Assist Control, Brake Assist have been given, all these features are available earlier only in HTX or above variants. Now HTX and HTX Anniversary Edition have been given a 4.2-inch semi digital instrument cluster, which was earlier available only in the top variant. The HTX+ gets 6 airbags, new Kia Connect app, new SOS and Kia Connect button on IRVM.

Talking about the color options, the company has discontinued the old 3 colors of Kia Sonnet which include Blue, Gold Beige and Steel Silver. At the same time, the dual tone option of Gold Beige has also been removed. In its place, Kia Motors has brought two new color options which include Imperial Silver and Sparkling Silver. Apart from this, no other changes have been made in Kia Sonnet.

How is its anniversary edition?

The Kia Sonet First Anniversary Edition is made available in four variants, this includes manual, automatic, IMT and DCT gearbox, along with the option of petrol and diesel engine gearboxes. Kia Sonet has been a successful model of the company, its sales have crossed one lakh in a year.

Let us tell you that the design of the First Anniversary Edition is inspired by the big wild bull which gives a more powerful look to the sonnet. It gets front and rear skid plates with tonzarin accents which makes it look even more attractive. The exclusive Tiger nose grille has been given in this special edition of Kia Sonet. At the same time, this small SUV has been given auroch side skid plate.

Kia Sonnet is in a segment in which competition is increasing day by day and in such a situation, it is necessary to update Kia Motors from time to time to keep the sales of Sonnet good, now it has to be seen how much difference it makes in sales.