2022 Jeep Compass Trailhawk launched in India for Rs 30.72 lakh, know what are the features 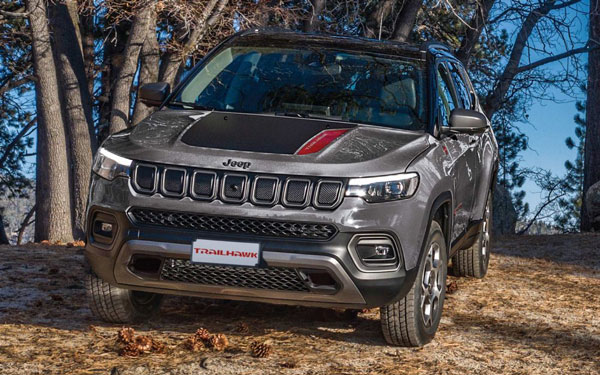 The Compass Trailhawk gets a new headlight and grille, along with a new bumper that offers better approach and departure angles. It gets a new bonnet decal, smaller 17-inch alloy wheels, 225/65 R17 section tyres. Along with this, a new trail rated badge has been given on the rear red hook, scuff plate and fenders. It comes with a very strong look.

Talking about its interior, similar layout and features have been given in it. Red stitching and Trailhawk badge have been given on its seats. It has 10.1 inch touchscreen infotainment system, smartphone connectivity, 10.25 inch digital instrument console. Apart from this, it has been given LED projector headlight, LED fog light, rain sensing wipers, a panoramic sunroof, 360 degree camera and auto dimming IRVM.

It is powered by a 2.0-litre, 4-cylinder turbo-diesel engine that produces 170 Bhp of power and 350 Nm of torque. It is mated to a 9-speed torque converter automatic gearbox that comes mated to a 4 wheel drive system. Apart from this, Amazon Alexa support, wireless Apple CarPlay and Android Auto support and over the air update (OTA) have also been supported in this car.

Luxury SUV company Jeep India is preparing to launch its three-row Jeep Meridian in the market soon. The company started production of this SUV in May this year and before that the company had revealed it for the Indian market. When launched in India, it will be placed above the Jeep Compass in the Jeep hierarchy.

The 2022 Jeep Compass Trailhawk has been brought to the offroad enthusiasts and has been given new features and design, due to which it looks attractive. Along with this the performance has also improved.