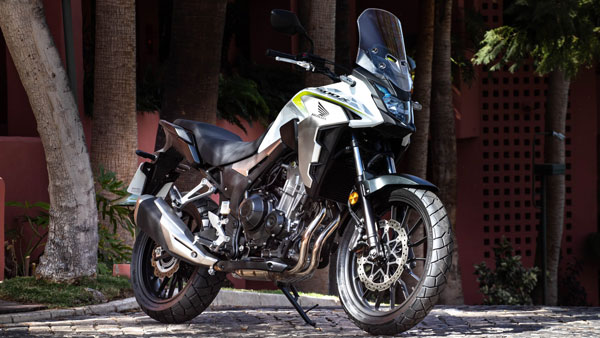 It should play a part in improving response from the front end as well as being absorbent on rough roads with its 132mm of suspension travel. Honda has replaced the front wheel with a new aluminum unit, which is 100 grams lighter than the previous one.

Honda Motorcycles says that on the list of mechanical changes is the new swingarm, which is about 1kg lighter than the previous unit, but equally sturdier. Adding a breath of fresh air to the 2022 Honda CB500X is the ‘Pearl Organic Green/Black’ colorway that is new for 2022.

It is being told that the 2022 Honda CB500X is expected to go on sale in India soon. It will be interesting to see if the company keeps the price of the bike higher at Rs 6.87 lakh than the current Honda CB500X, which is quite a bit more.

The company has priced the Honda Activa 125 Premium drum alloy variant at Rs 78,725 and the disc variant at Rs 82,280 (ex-showroom). Apart from cosmetic updates, the premium edition scooter remains the same as the standard Activa 125.

Talking about the styling updates, the scooter gets a dual-tone body color which extends to the front cover along with the side panels. Apart from this, other significant changes in the scooter include the black engine with the black front suspension.

Honda has also added dual tone effect to the LED headlamps of the scooter and has also given body colored grab rails and premium graphics which really make it stand out. Apart from this, the embossing of Activa 125 has also been given on the tail lamp of the scooter which makes its rear look more attractive.

In the Honda Actva 125 Premium Edition scooter, the company has used a BS-6 engine of 124cc capacity. This engine generates power of 8.1 bhp at 6,500 rpm and torque of 10.3 newton meter at 5,000 rpm. The company has used a fuel injected system in this model, due to which the mileage of the scooter will be much better.