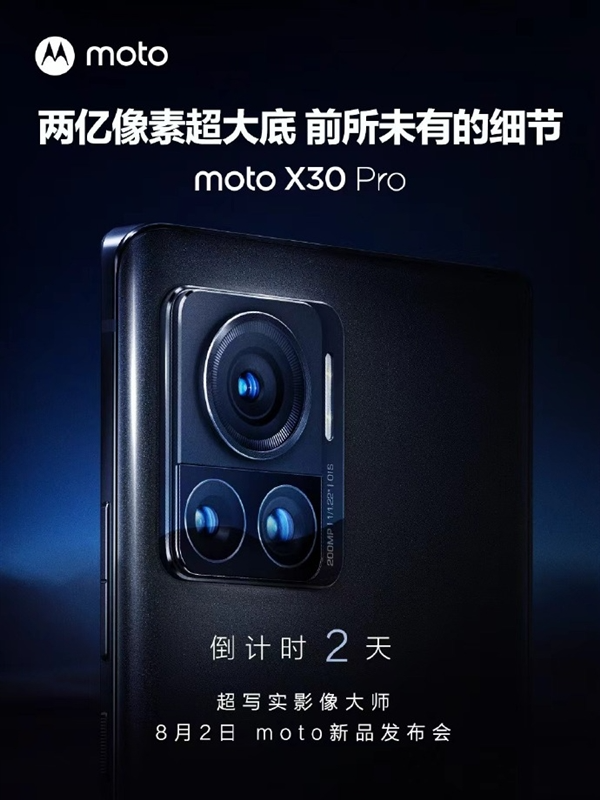 The flagship smartphones Moto razr 2022 (the first Snapdragon Plus Gen 1 clamshell phone) and Moto X30 Pro (the first smartphone with a 200-megapixel camera) will be officially presented tomorrow.

Chen Jin, General Manager of Lenovo Mobile Phones China, has officially confirmed that the Moto X30 Pro will feature a 200MP Samsung HP1 image sensor. The optical format of the sensor is 1/1.22 inches, the pixels have a size of 0.64 microns. The Samsung HP1 sensor is larger than the Sony IMX707 (1/1.28 inch) sensor found in the Xiaomi 12S Pro, but inferior to the one-inch Sony IMX989 image sensor in the Xiaomi 12S Ultra.

The sensor supports ISOCELL 3.0 technology and the technology of combining information from neighboring pixels to capture images with a resolution of 50 and 12.5 megapixels with pixels sized 1.28 and 2.56 microns.

The Samsung HP1 can shoot 8K video at 30fps. Chen Jin previously stated that the Moto X30 Pro has adopted a new high-resolution intelligent mode of its own design.