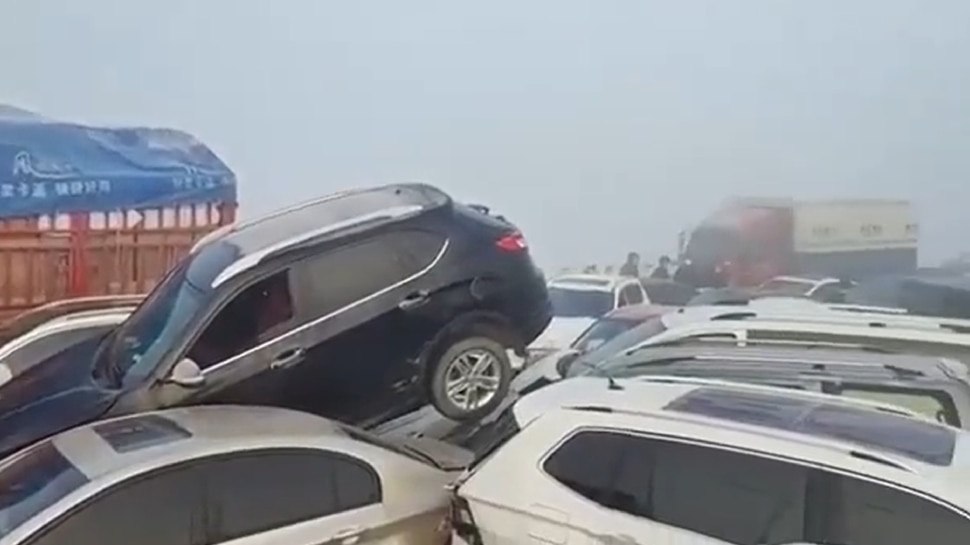 Accident In China: More than 200 vehicles crashed on a bridge in the city of Zhengzhou ( Zhengzhou ), China. This accident happened on Wednesday morning. There are many pictures and videos of the accident on social media.

Vehicles Crashed Amid Heavy Fog: If the fog comes in winter, it becomes very difficult to drive. Accidents also occur due to this. Often when there is an accident due to fog on the highway, many other vehicles coming from behind are also hit by it because of the fog on those vehicles on the highway Can’t see who is standing there because of the earlier accident. In such a situation, many vehicles become victims of accidents one after the other. Some similar incidents have occurred in China.

Major accident due to fog in China’s Henan province

More than 200 vehicles crashed on a bridge in the city of Zhengzhou ( Zhengzhou ) in Henan Province, China. This accident happened on Wednesday morning. There are many pictures and videos of the accident on social media, In which many cars and trucks on the Zhengxin Huange bridge can be seen clogging each other and climbing on top of each other. According to media reports, several people were injured and trapped at the accident site, which the rescue team had to work to get out of there.

Victim of over 200 vehicle accidents

According to local television, rescue teams at the scene estimate that there were more than 200 vehicles in the pile. Those injured in the accident were sent to the hospital for treatment. However, the good thing is that no one is aware of the death in the accident at the moment. According to Chinese government media, the local fire department immediately sent 11 fire trucks and 66 firefighters to the scene.

According to the local meteorological service, visibility in many areas including Zhengzhou was less than 500 m ( 1,640 ft ) on Wednesday morning and 200 m in some areas.