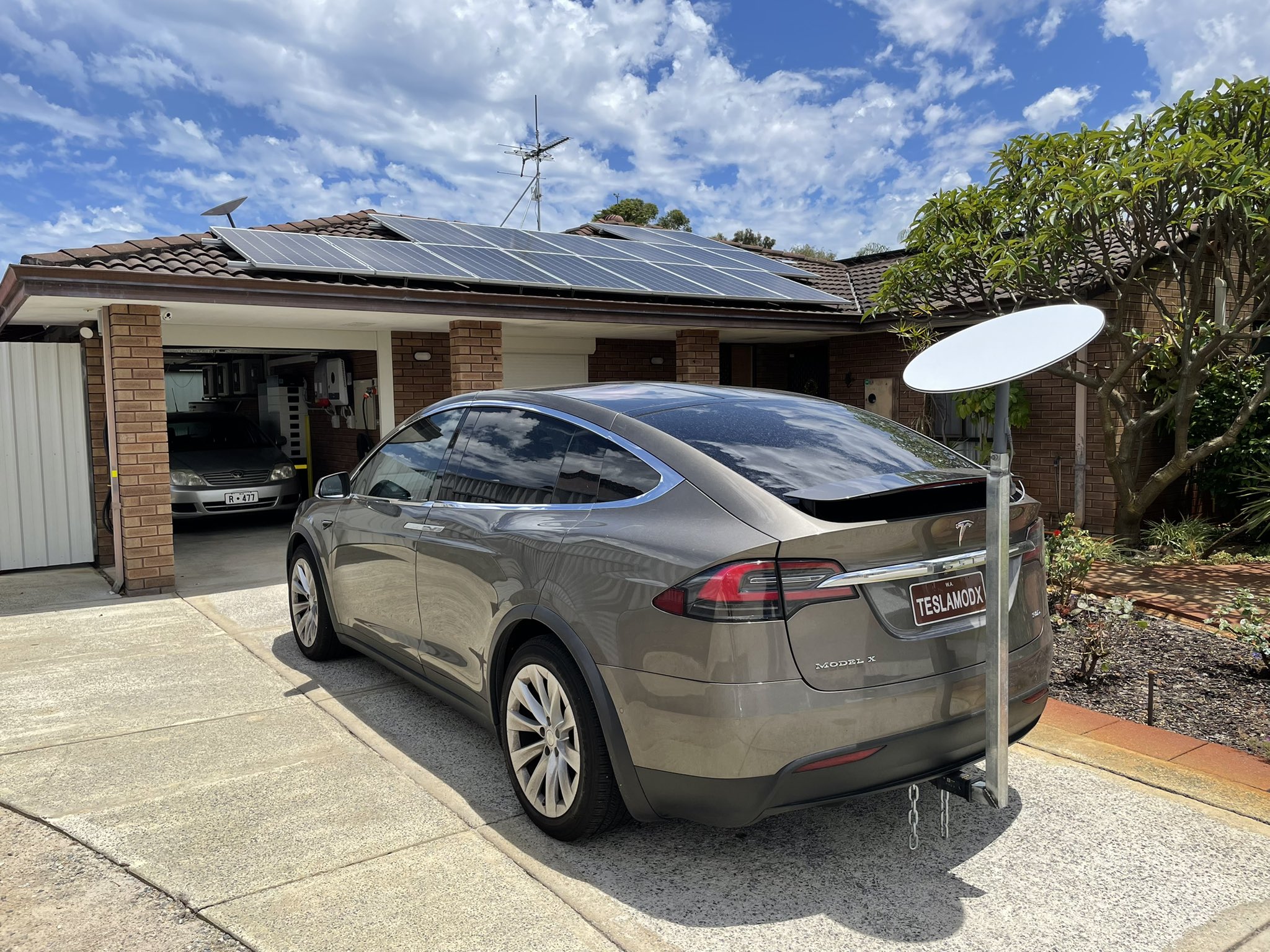 Satellite Internet SpaceX Starlink tested in an unusual mode. A user from Australia placed a Starlink antenna on his Tesla Model X and took to the highway.

According to his measurements, the connection remained very fast. The test showed a data transfer rate of 200 Mbps at a speed of 100 km / h. 200 Mbps is not just a lot for such a mode, it is also more than any peak data transfer rate that was recorded within the service anywhere else at the beginning of this year. Later in the spring, peak speeds began to grow rapidly, and in Germany, values ​​of over 600 Mbps were recorded.

True, after 30 km of travel, the speed began to decrease, and the application showed that the service would stop working after another 10 km. The reason is that Starlink ties the position of a particular antenna to a certain point, although not very rigidly, as we can see.