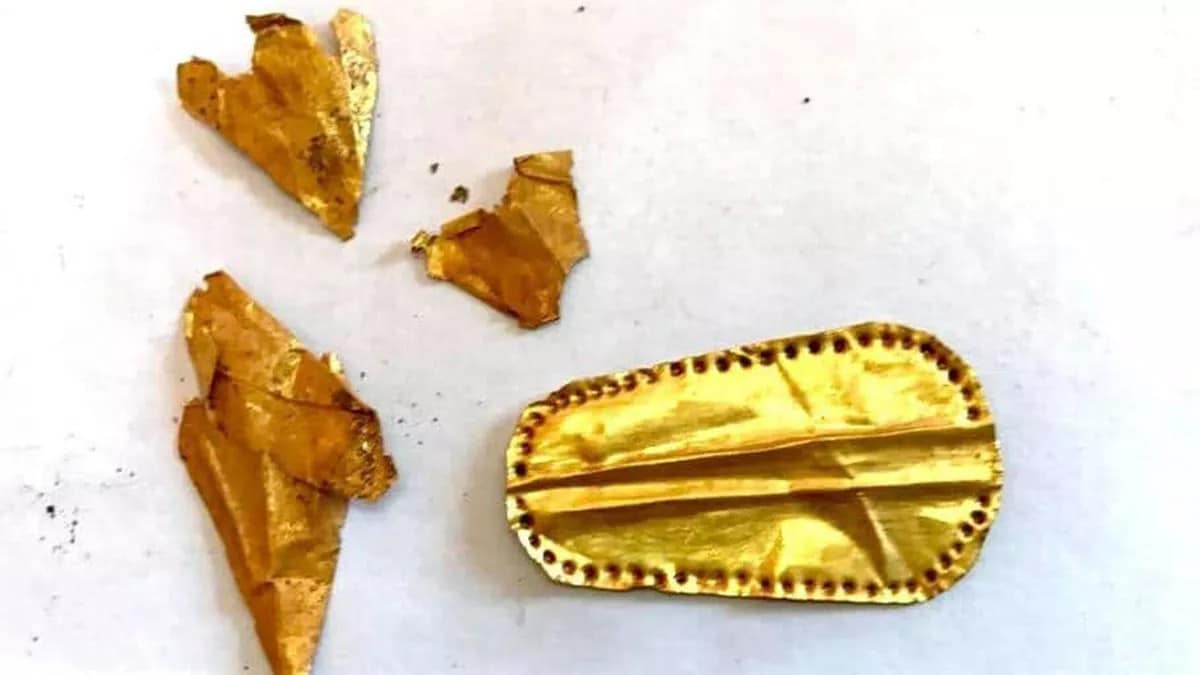 A strange example of how people used to wear gold in the past has been seen in Egypt. Archaeologists in Egypt have discovered the remains of several mummies with tongues made of gold in an ancient cemetery near the city of Quesna, some 56 km north of Cairo. Some mummies about 2 thousand years old were buried in wooden coffins. They had necklaces, gold artefacts and pottery along with them.

Egypt’s Ministry of Tourism and Antiquities facebook post reported that mummies with gold tongues were popular in the Greco-Roman period. Salima Ikram, a renowned professor of Egyptology at The American University in Cairo, told Live Science that the Greco-Roman period lasted until 332 BCE. The mummies that have been discovered are likely to belong to this period.

Experts say that gold tongues are a hallmark of funeral preparations in the Greco-Roman period. Apart from these, gold eyes were also buried with the deceased. Then in Egypt it was believed that the dead, when buried in this way, turn into divine beings.

The ancient Egyptians during the Greco-Roman period also believed that a gold tongue and gold eyes would ‘allow the deceased person to speak, see and taste in the afterlife.’ This type of mummy has also been found at two other places in Egypt. These include Oxyrhynchus and Taposiris magna. Excavation and analysis of the remains found at Cusna is currently underway. It is not known how many mummies with golden tongues have been found. Information about the identity of the dead is yet to be known.

Recently, forensic scientists recreated the face of the world’s first pregnant mummy. This woman, known as ‘The Mysterious Lady’, was analyzed by a team of Polish researchers last year. Evidence of a fetus being preserved inside her abdomen was discovered. Scientists believe that this woman died 2000 years ago and then she was 28 months pregnant. The age of the woman at the time of death is estimated to be between 20 and 30 years.