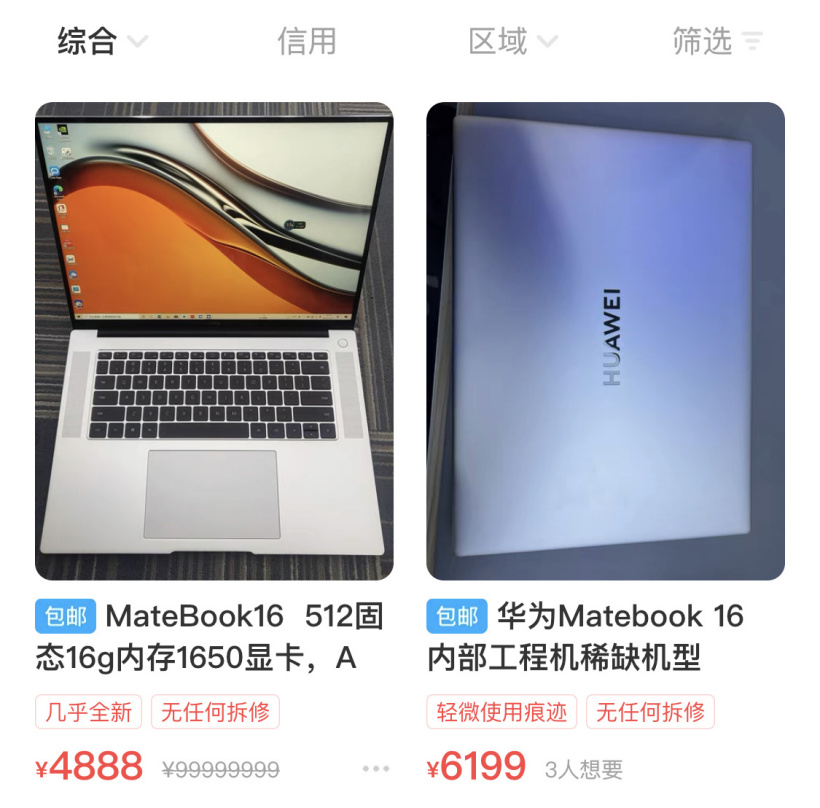 Huawei unveiled the current generation of the large MateBook 16 laptop in May this year… In its top configuration, we recall that it uses an AMD Ryzen 9 5800H processor. However, a new modification of the device appeared on the Web – even more powerful.

As you can see in the picture below, it received an eight-core AMD Ryzen 9 5900H CPU and a discrete Nvidia GeForce GTX 1650 graphics processor. It turns out that in this configuration, the MateBook 16 is already turning into a gaming model, although the GTX 1650’s performance for modern games is still not enough. The device also comes with a 1TB SSD and 16GB of RAM. The BOE 16.2-inch display has a resolution of 2520 x 1680 pixels.

And although the MateBook 16 in the new top-end configuration is not officially presented, the Chinese marketplaces are already offering to order it.

The flagship sedan Chery Arrizo 8 has already arrived in Moscow