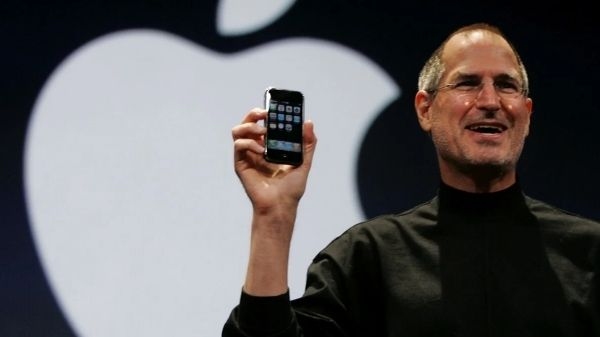 On January 9, 2007, Steve Jobs unveiled the first iPhone, simply called the Apple iPhone. The product was unveiled during the Macworld conference and was said to be a revolutionary mobile product consisting of a widescreen iPod with touch input, an internet communicator and a mobile phone. Let us know some unheard facts about the original iPhone today.

Some unknown interesting facts about the original iPhone

When Apple launched its first iPhone, it was only available in select markets. And the special thing is that India was also not involved in this. The first iPhone smartphone to be officially launched by Apple in India was the iPhone 3G which was launched almost a year and a half later.

Right now, 4G and 5G smartphones have started coming in the market, but when Apple released its first iPhone, then the original iPhone was only 2G smartphone at that time. However, during that time phones from companies like Nokia and Blackberry were available with 3G support. However, the iPhone did support 2.4GHz WiFi for faster internet access.

Earlier iPhone did not have video recording

For information, let us tell you that the first original iPhone was launched with only one 2MP camera and it only supported capturing photos. Apart from this, the smartphone also did not have a selfie camera, that is, you could not take selfie photos either. While the iPhone 4 was Apple’s first phone to feature a front-facing camera.

Could not remove battery

Most of us currently use Bluetooth earphones but let us tell you that Apple also launched a Bluetooth headset with the launch of the original iPhone in 2007. Its Apple discovered AirPod which is the world’s first TWS.

Earlier iPhone did not have any SD card slot

In today’s mobile phones, there is a separate slot for SD card, but due to internal storage, people do not use much, but let us tell you that Apple did not give any SD card slot in its first iPhone. At that time only 4GB of storage was given in that mobile phone.

Apple’s first iPhone smartphone that was launched without an App Store. This means that users were able to use only those applications which were launched by Apple installed on their mobile phones.

Before the iPhone, Apple was a computer company

Lastly, let us tell you that Apple recently became the first company to achieve $3 trillion valuation, apart from this there is no other company in this category.