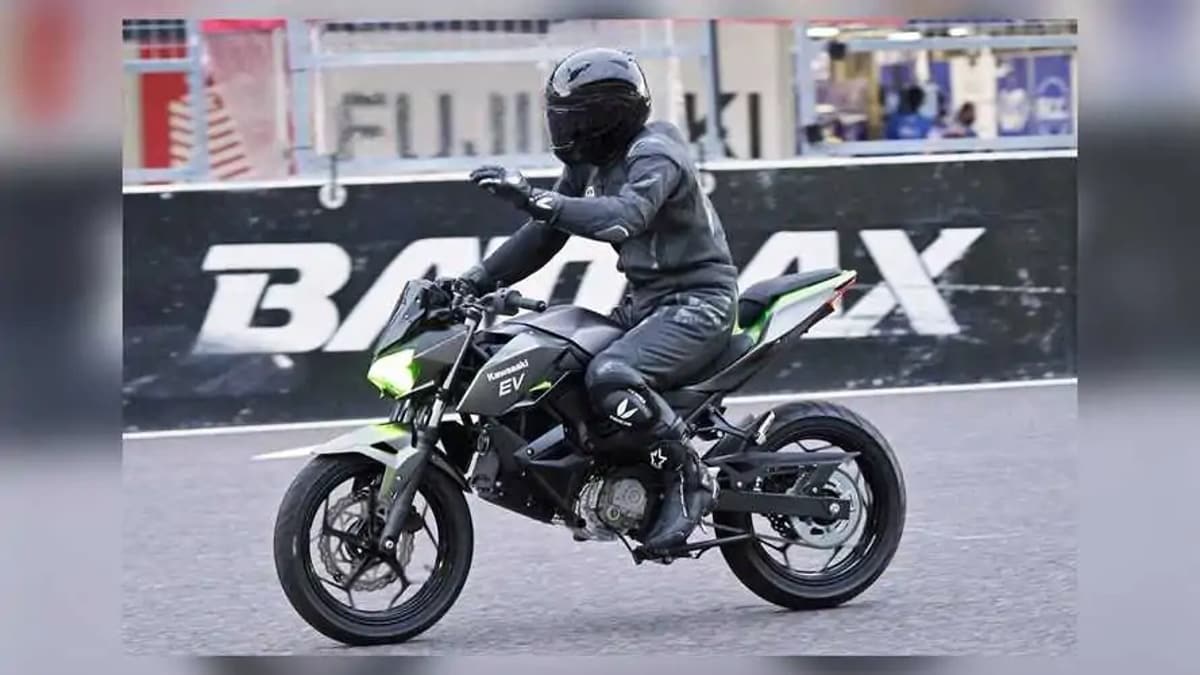 Kawasaki has shown off a new EV prototype at INTERMOT 2022. The same model was recently showcased by the company at the Suzuka 8 Hours Endurance Racing event. Along with this, a prototype of another sports bike was shown at that event. The name of the latest showcase electric motorcycle is not known, but it is being said that its specifications could be similar to the Kawasaki A1, which means that this electric motorcycle could generate 15 hp power similar to the 125cc engine .

Rushlane’s accordingDuring the INTERMOT 2022 event, Kawasaki has showcased the same electric motorcycle prototype that the company showed off at the Suzuka 8 Hours endurance racing event in August this year. It is being said that Kawasaki can launch its electric two-wheelers in select markets like America and Europe in 2023.

The design and styling of the Kawasaki EV prototype shown at Intermot 2022 is similar to Kawasaki’s Z range of motorcycles. The EV prototype gets an aggressive front. Its body panel is sharp, which gives it a sports naked look. With the exposed frame and split-seat design, you would not know at first sight that this is an electric bike. It will get an all-LED setup.

In terms of hardware, the EV prototype gets standard telescopic forks at the front and swingarm rear suspension. There are disc brakes at both the ends of the bike. The sound note of this bike is reportedly similar to that of an electric motor.

At present, information like its range, battery capacity, charging time has not been covered. However, if it will actually launch in 2023, then we can get to see many teasers from the company in the coming times. Recently, VIN information was also revealed about it, which shows that the prototype will generate 15 PS of maximum power.