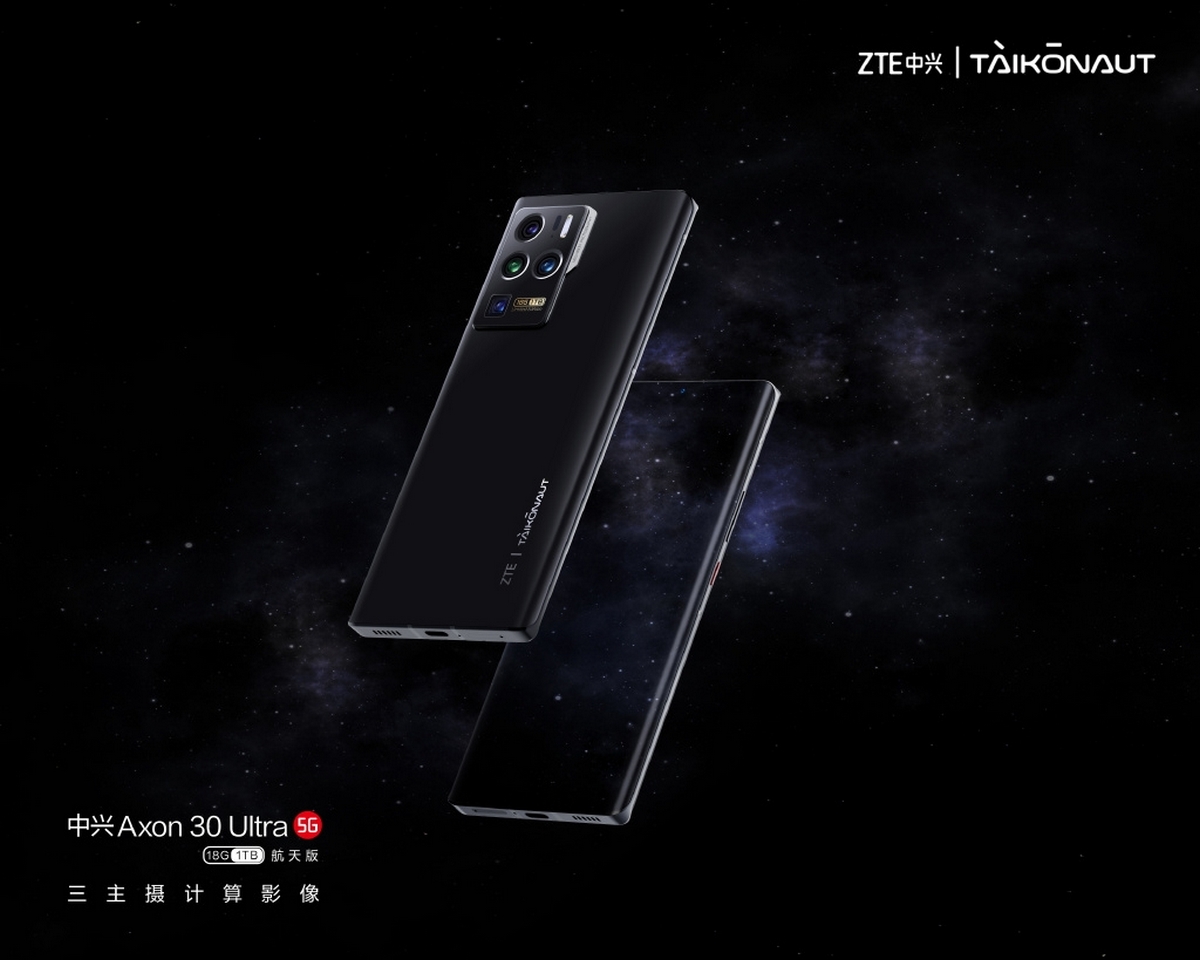 The manufacturer has released official images of the first smartphone, which is equipped with 18 GB of RAM and 1 TB of flash memory. This smartphone is the ZTE Axon 30 Ultra Aerospace Edition, which will be released on November 25th.

Recall that ZTE also equipped this phone with the technology of expanding RAM due to UFS 3.1 flash memory, so the available RAM may exceed 20 GB. Also, the ZTE Axon 30 Ultra Aerospace Edition is equipped with technology for combining information from various image sensors to obtain the highest quality images. The camera is equipped with three 64-megapixel image sensors and an 8-megapixel module for 5x optical zoom.

The smartphone is equipped with a 6.67-inch curved AMOLED display with 144 Hz refresh rate, 300 Hz touch screen sampling rate. The resolution is FHD +, there is support for HDR10 +, 10-bit color and 100% coverage of the DCI-P3 color gamut. The smartphone is powered by a Snapdragon 888 SoC paired with LPDDR5 RAM and UFS 3.1 flash. A liquid cooling system is provided. ZTE Axon 30 Ultra received a 4600 mAh battery with support for 66-watt charging, dual-band GPS, NFC, Wi-Fi 6E.

The previously released version of the ZTE Axon 30 Ultra with 16GB of RAM and 1TB of flash in China costs over $ 1,000. The price of the new version is expected to exceed $ 1200.