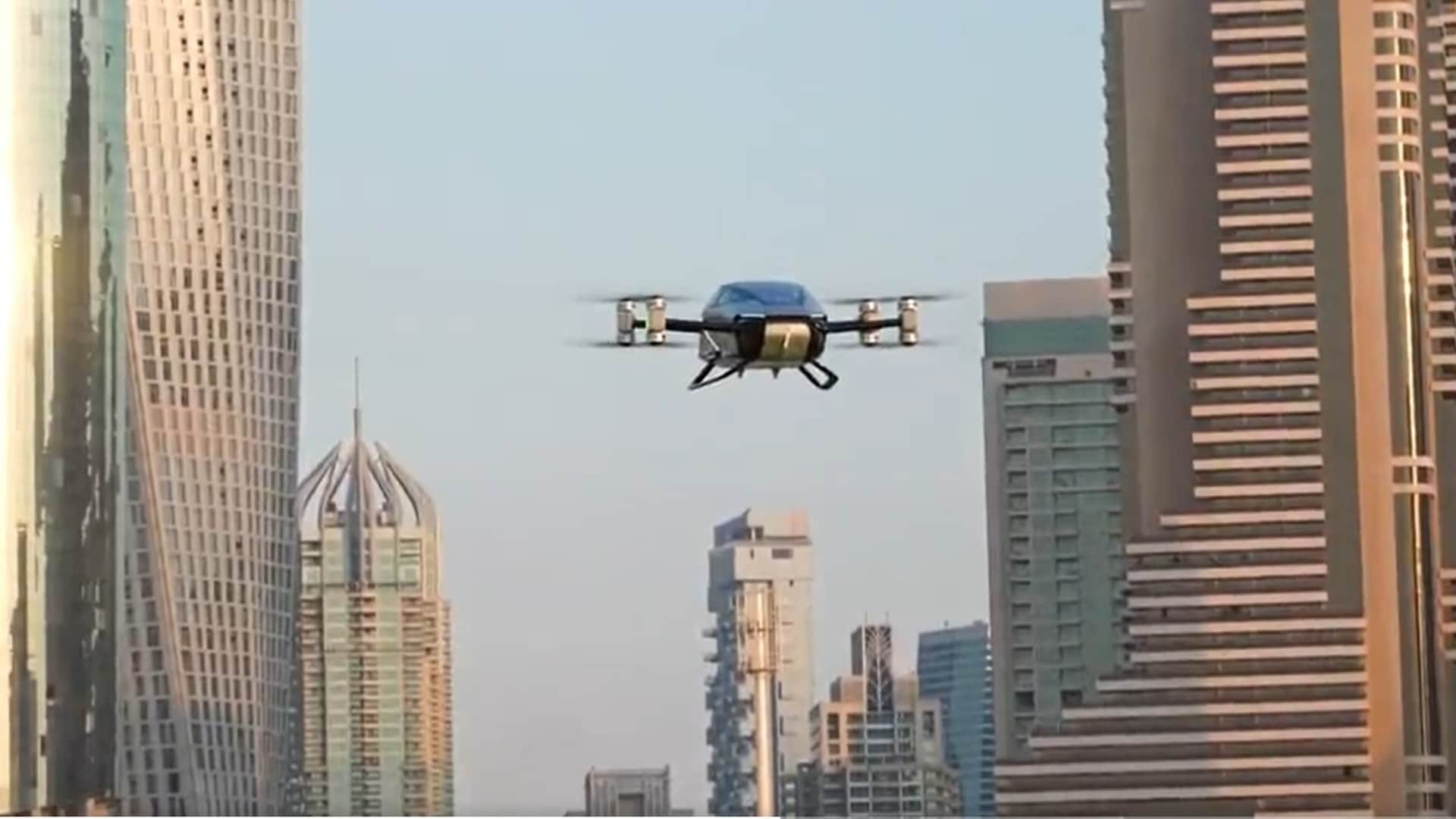 Flying cars are nothing new. For the past few years, news about them has been coming out. It is said that due to the arrival of cars flying in the air, the traffic on the roads will reduce. Now it looks like flying cars can become a reality. Renowned Chinese tech and electric vehicle company Xpeng has tested its ‘flying taxi’ in Dubai. During this, the company’s ‘X2 Flying Car’ made the first successful flight. However, this service will take many years to wear, because until these cars are not tested on a large scale, the common people will have to be satisfied knowing about the flying car.

The ‘Flying Taxi’ was tested in the Marina district of UAE (Dubai). This exquisitely designed taxi can accommodate two passengers anywhere. 8 propellers have been used to make it. Some specifications of ‘Flying Taxi’ have also been revealed. The company has said that the top speed of its vehicle is 130 kilometers per hour. The vehicle comes with Vertical Take Off and Landing (VTOL) capabilities.

FLYING CAR LIFTS OFF IN DUBAI!
Unveiled at GITEX GLOBAL, the XPENG AEROHT is the largest flying car company in Asia. Not available for sale just yet, their vehicle is reportedly up and running for test flights. 1/2 pic.twitter.com/nhMgLvOYQz

What’s more, Xpeng’s ‘X2 Flying Car’ comes with an intelligent flight control system. It also has autonomous capabilities. This vehicle is completely electric. The company claims that it emits zero carbon. This flying car can fly without the help of a pilot. This can become a great convenience for people in congested areas. However, the sector is still facing several challenges, including battery life, air traffic control and safety. The most important thing is also the infrastructure, which is yet to be developed.

It is said that Xpeng’s ‘X2 Flying Car’ can carry up to 500 kg of weight with it. How successful it will prove to be, it will be known in the coming years. When this car was showcased on Monday, everyone was surprised and amazed to see it. To say it is a flying car, but the design is very different from any car. The company says it conducted a manned flight test in July 2021.