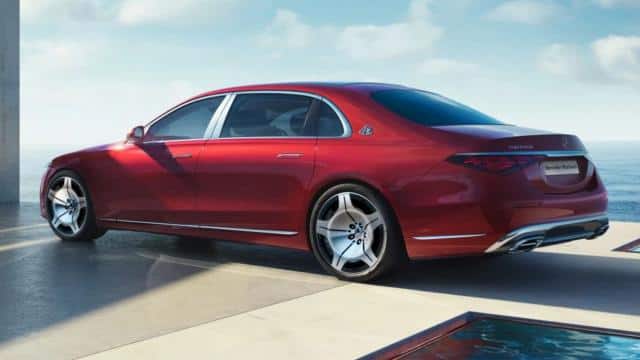 How different from the regular S-Class
As before, the new Maybach is based on the latest V223 (long-wheelbase) S-Class luxury sedan, which has extended the wheelbase by 180mm, giving you more cabin space. It gets Maybach grille up front and alloy wheels along with Maybach badging on the tailgate and C-pillars. The cabin has not been kept much different from the S-Class. However, the graphics of the Maybach are visible on the display and central touchscreen.
Such is the engine and power The
Maybach S-Class comes with two engine options – a 4.0-litre V8 (S 580) mild-hybrid and a 6.0-litre V12 (S 680) engine. The first engine generates 503hp power and 700Nm of torque, while the second engine is capable of producing 612hp and 900Nm of torque. Both the engines are mated to a 9-speed automatic gearbox and power is sent to all four wheels. Its 6.0-litre engine can accelerate from zero to 100 km/h in 4.8 seconds.
Pack of Features The
Maybach S-Class is packed with features like the regular S-Class. It also gets adaptive air suspension, different climate zones, front and rear powered seats, heated and ventilated seats, seat massage function, panoramic sunroof, power close rear doors with gesture control, rear seat screen, 4D sound system, 360 degree camera and more. Hands-free parking is included. The Maybach S-Class is also equipped with Level 2 autonomous technology which includes systems like Evasive Steering Assist, Autonomous Emergency Braking, Lane Keep and Lane Change Assist. It comes with 13 airbags.
- Advertisement -
Share
Facebook
Twitter
WhatsApp
Telegram
MOBILE
Mobile Phones