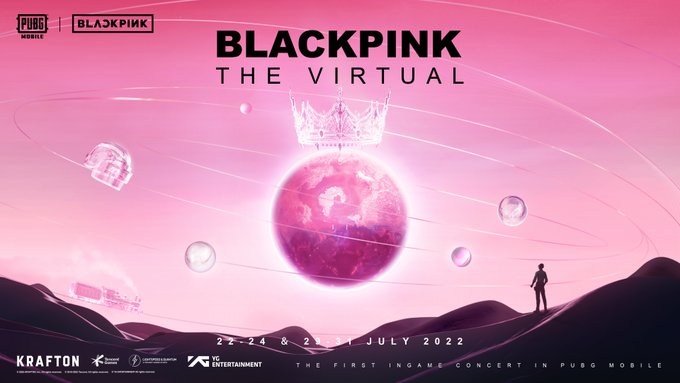 With the new update of PUBG Mobile, players will also get a new Ancient Secret mode. Here you can call your teammates for a boss fight.

K-Pop group Blackpink will perform at PUBG Mobile’s first in-game concert. This event will be hosted this month (July). Like Free Fire, this game content will also come with new updates in PUBG Mobile. Players will also get Ancient Secret mode in the new update. Let us know about it in detail.

PUBG Mobile announced the collab with Blackpink on its official Twitter account that the Blackpink x PUBG Mobile 2022 in-game concert: [The Virtual] in the game is coming soon. The date of this virtual event has also been mentioned in the tweet .

how to get ticket

PUBG Mobile said that to get tickets for Blackpink ‘s virtual concert, you have to download the PUBG Mobile game and login to the game on July 15. Doing so will get you tickets to this in-game concert for free. To enjoy this event, you’ll also need to download the July 16th Concert Resource Pack inside the game.

With the new update of PUBG Mobile, players will also get a new Ancient Secret mode. Here you can call your teammates for a boss fight. Here the quicksand statue Pharaoh will return. It guards heavily looted areas . To reach the Ancient Secret, you have to pay special attention to the map.

Who'll be in your squad? 🤔 Tag them in the comments.