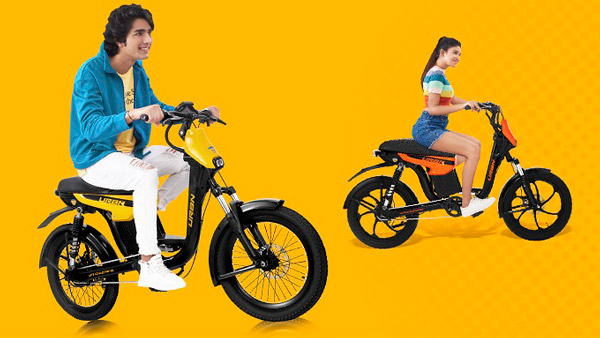 How much is the range?

The company claims that the MotoVolt Urban E-Bike can be driven up to 120 km on a full charge. In this, the company has used BIS certified lithium ion battery and waterproof motor. The battery is removable so it can be charged even after removing it from the bike.

In this e-bike, the company has given many riding modes, as well as ignition key, handle lock, digital display and many more features. The company has also launched an integrated smartphone app with the e-bike that sends alerts to your smartphone about all bike movements.

At the same time, when the battery is completely discharged, it can also be operated with only a pedal. The company has made it comfortable and light to make it easy to drive in city traffic. The Motovolt Urban E-Bike can prove to be a better e-bike for college and school going students.

The Urban e-Bike is a low-speed electric bike with a top speed of 25 km/h. Because of this, the rider will not need any kind of license and registration to drive it. The company is charging an amount of Rs 999 for booking this e-bike.

The Government of India and various state governments are taking several steps to promote electric vehicles in the country. The Central Government has recently launched the Production-Linked-Incentive (PLI) scheme for EV manufacturers. Apart from this, subsidies and discounts are being given in many states to encourage the purchase and sale of electric vehicles.

In addition, public EV charging stations and battery swapping stations are also being supported. Plans have also been initiated to set up e-vehicle charging stations in some states. Adoption of electric vehicles will not only reduce the rapidly increasing air pollution but also reduce the country’s dependence on import of fuel for energy.