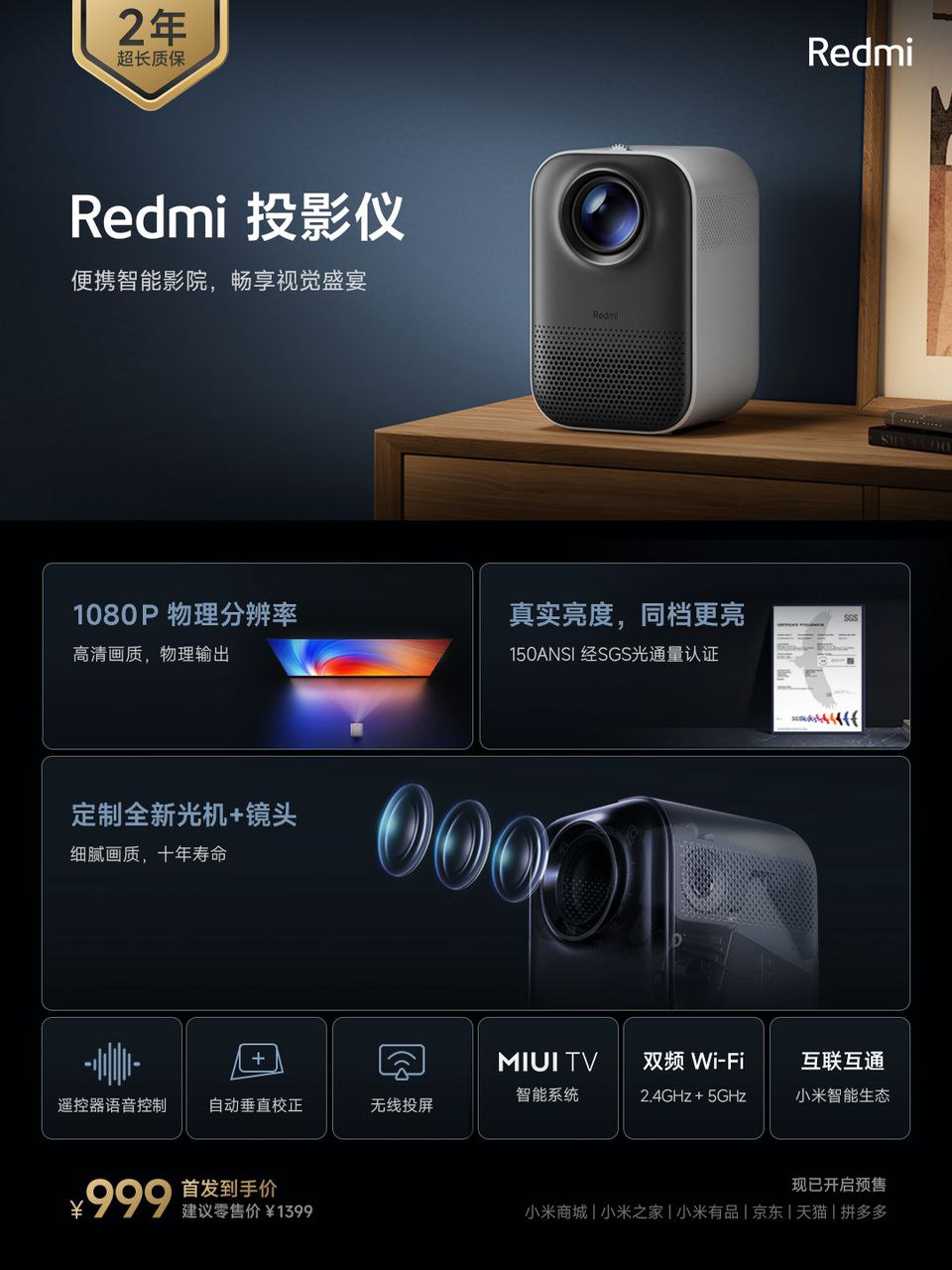 The devices are mostly similar. They are capable of displaying an image with a diagonal of 40 to 100 inches and with Full HD resolution, and a maximum brightness of 150 ANSI lumens.

The hardware platform is based on SoC Amlogic T950D4, the amount of RAM is 1.5 GB. The OS is Android 11 with MIUI for TV interface. There are also 3W stereo speakers, HDMI and USB 2.0 ports, support for Wi-Fi 802.11ac and Bluetooth 5.0, Xiao AI proprietary voice assistant.

The difference lies in the fact that the older model has 16 GB of flash memory (the younger one has 8 GB), and it also has autofocus and automatic keystone correction is supported. The devices are easy to distinguish by color: the regular version is black and white, while the Pro version is made in an all-black case.

Xiaomi 13 Ultra should eliminate the shortcomings of Xiami 12S Ultra: the new smartphone will receive an improved camera with four modules and ToF