10 new SUVs to be launched soon, Maruti Brezza and 2022 Scorpio in the list, see full details 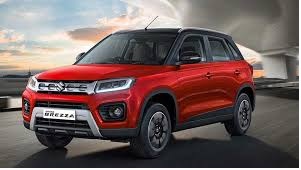 New SUV Launch In 2022Under 20 Lakh Rupees: New SUVs are expected to arrive in large numbers in India next year and early 2023. Many companies including Maruti Suzuki, Mahindra, MG, Kia, Jeep, Honda are bringing their new SUVs in this segment. According to the information received so far, at least 10 km of new SUVs will be launched in 2022-23. It will cost less than Rs 20 lakh. It will be great in look and features. The list of upcoming SUVs will include the new Maruti Suzuki Brezza along with the Maruti Jimny and other great SUVs with the new Mahindra Scorpio.

Kia Motors is coming to India next year Kia Motors will launch a new 6 to 7 seater car Kia Karens. It will compete with big SUVs and MPVs like Toyota Innova Krista along with Maruti Artiga, Maruti XL6 and Hyundai Alcazar. Next year, companies like Jeep and Honda are also planning to launch their new products in the compact and midsize SUV segment. This is likely to be followed by a season in this segment. Jeep can launch an SUV for less than Rs 10 lakh and Honda for less than Rs 15 lakh.

Upcoming cars of Mahindra and MG
Next year, the domestic automobile company Mahindra & Mahindra will surprise customers. Mahindra will launch XUV 300 Electric and Mahindra KUV 100 Electric in the market along with the new Mahindra Scorpio. People are very much looking forward to the new Scorpio with Mahindra cheap electric SUV. Next year, MG Motors will launch another electric crossover SUV.